A little Christmas snow – My Ballard Skip to main content

It started around noon as a rain-snow mix. Then at 1 p.m., it changed to snow. And a half-hour later, it began to stick around our Ballard home. So we jumped in the SUV with the camera and ran up to Phinney Ridge. 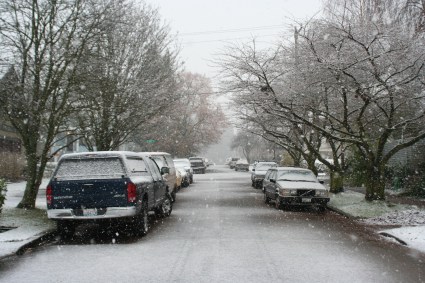 The snow is sticking on the roadways. 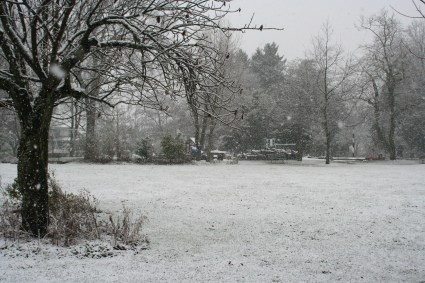 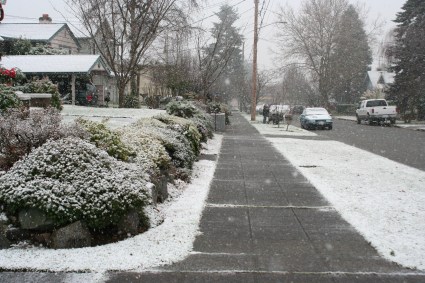 Near 8th Ave. on the Ballard side (can’t remember exactly where).

Then as soon as we drove west of 15th Ave., the snow stopped. Barely a flake on the ground at Market and Ballard. Meanwhile, in “Upper Ballard” and Phinney Ridge, the snow is still falling (as of 2:45 p.m.) But the forecast says it should be turning to rain by later this afternoon.

Update at 3:15: It looks like the snow has stopped falling.