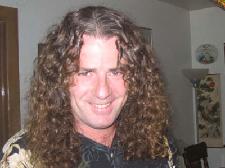 Our sister site PhinneyWood has been covering a disturbing story in Greenwood. Early Tuesday morning just before last call, a man left a bar at 85th and Greenwood. A short time later, he was found severely beaten in the street, his wallet missing. He’s so badly injured, he may not survive. KING 5 reports the man is 44-year-old Todd Boettger. He has a 6-year-old daughter, and his family is holding vigil around his bedside at Harborview Medical Center. Police have no suspects.

This is heartbreaking. Please let us know if there is anything we can do for him or his family.

Echo that. And please, any info? No matter how trivial, contact SPD.

Who would have through, being on 85th's new development at night while looking like weird all's homoerotic counter part will bring trouble? this calls for common sense and useless blog entries.

Hey ballard approval,
your funny! Why don't you factor in to your humor that there are people suffering. Are you so detached from reality that you think a one liner is going to fly here? Get a Soul!

Dear Family,
Our prayers are with you. Please let us know what we can do.

ballard approval….well, I doubt that.

Ballard approval you can suck it! Todd is a cool guy that lives for his daughter and playing music. We met as the only guys in line to pick up our kids at school, he was a nice guy. I just saw him not to long ago he stopped by my bar just to say hello and tell me about some gig's he had coming up.

This is from the KING 5 article:

This is a nightly occurrence in Ballard. It's time to take a stand or the streets will be seceded to the thugs.

I met Todd a long time ago, and haven't seen him in forever, but he IS a really nice guy. Ballard approval's comments are completely inappropriate, judgemental and childish. Grow up. Good vibes for Todd.

A warning to Ballard: this is what happens to a neighborhood when you start to tolerate human trash building up: dug addicts, bums, gang bangers, banditos.

Welcome to Greenwood, only the good die young.

This is getting out of control, I have never had any sort of confrontation but reading all these happenings around ballard pisses me off. I do think as a community we need to fight back, we cannot let criminals take over.

Anyone else read this?…This is how Ballard should roll…. Actual ad on Craig's list > To the Guy Who Mugged Me Downtown (Downtown,> Savannah, Georgia ) > > I was the white guy with the black berry jacket> that you demanded I hand over shortly after you pulled the> knife on me and my girlfriend. You also asked for my> girlfriend's purse and earrings. I hope you somehow come> across this message. I'd like to apologize. I didn't> expect you to crap your pants when I drew mypistol after> you took my jacket. Truth is, I was wearing the jacket for a> reason that evening, and it wasn't that cold outside.> You see, my girlfriend had just bought me that Kimber 1911> .45 ACP pistol for Christmas, and we had just picked up a> shoulder holster for it that evening. Beautiful pistol, eh?> II bet the bore looks huge when pointed at your head,> doesn't it?> > I know it probably wasn't a great deal of fun> walking back to wherever you'd come from with that brown> sludge flopping about in your pants. I'm sure it was> even worse since you also ended up leaving your shoes, cell> phone, and… Read more »

The news media does report that guns sales are way up from last year due to the Bush/Cheney recession.

Gun sales rise whenever a democrat is elected to office. Its because the paranoid repubs think that their “right” to own weapons will be revoked. Silly little kids…..

This calls for common sense and the use of a spell check. Come on man, 31 words isn't that hard to scan over.

I am sincerely sorry for Todd's family and friends. What a tragedy. I wish for a miraculous recovery for him.

As far as the comments of “Ballard Approval” goes, please disregard the babbling of an obviously ignorant piece of trash. Nobody deserves to be beaten to within an inch of their life because of the way they look, or the area of town they were walking in or for any other thing this supreme f***stick seems to think is a valid reason to be attacked. Perhaps if it was his brother, father, or himself who had been attacked he wouldn't be so quick to make a joke out of it and blame the victim.

are you suggesting Rounder that this guy should've had a gun?

he was in a bar, and we know this usually doesn't mix very well.

definitely a tragic mugging–especially if he doesn't recover. hopefully folks will start paying attention when alone at night to avoid becoming easy targets.

I don't get the quote/unquote. We DO have the right, its called the second amendment.

Although it would serve the mugger right, I have a feeling that this is likely a fantasy story of what somebody wishes had happened.

Regarding the horrible event in Greenwood:
I don't think I would feel any safer if everybody leaving the bars at closing (many intoxicated) were armed.

So the solution is to walk in pairs and not deal with the criminal scum? Once they realize they're the hunted, things WILL change. Until then, prepare for more victims.

To not use the rights guaranteed to us by the constitution, is to loose the rights guaranteed us in the constitution. I'm not suggesting that folks run out a buy a gun, because, some of you probably shouldn't, it's a serious responsibility, huge liability, and won't help if it isn't used, let's say, righteously. That said, I know of several cwp's in the neighborhood. It may surprise you, just like it would surprise some thug that thinks he's stumbled upon some easy target, but they will defend themselves and their neighbors if needed. I'd hope that all these thugs think twice about the number of armed citizens in Ballard.
We aren't so stupid, or afraid, and if we end up with a couple of those low-lifes in the ER, (a refreshing change, I might add) the word will get around pretty quickly.

Alcohol and guns cannot mix. Not only is it against the law in bars, it's common sense.

The violence is all over town – especially near the bars and night clubs. Pioneer Square, Pike Market, Belltown, University District and Greenwood. If you're out late, better be ready for the worst.

oh man, that is horrible. My thoughts are with Todd and his family. Robbing someone is one thing, beating them afterwards takes it to another level. I hope the people who did this are caught and dealt with severely. I especially hope that the poor little girl doesn't have to grow up without her daddy.

That particular section of Greenwood is a thug zone, outside the Yen Wor and the Crosswalk especially. Being armed probably wouldn't help you out there, either, as I don't doubt for a minute the Crosswalk thugs and Yen Wor thugs might also be carrying. And very drunk.
I hope this guy recovers. And I hope they catch who did this to him.