As feared, the owners of Olsen’s Scandinavian Foods announced today “with deep regret” that they’re calling it quits after 49 years in business. “The decision to close has been a difficult one,” said Reidun and Anita Endresen in a letter to customers. “As you may have heard, we have been attempting to sell within the family. However, for various reasons this is not possible.” 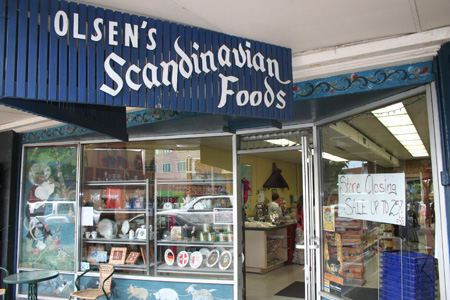 Olsen’s has been a staple of Scandinavian culture here in Ballard since Einar Johnsen opened the store in 1960. Just last month, the Norwegian Ambassador snacked at Olsen’s after the Syttende Mai parade. Today, a sign in the window announces the store’s closure with a sale of up to 25 percent off. The store expects to close sometime in mid to late July. 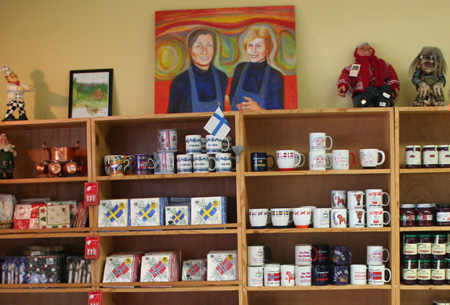 A painting of the Endresen sisters hangs above a gift display in the store. “We would like to thank all of our wonderful and valued customers and commitment throughout the years,” the Endresen’s write. “Without you we would have never had so many great memories and experiences.” Do you have a memory of Olsen’s to share? Leave it in comments below.

Plus: We added Olsen’s to the Ballard Business Tracker map.

61 thoughts to “Olsen’s Scandinavian Foods announces it will close”