Push aside the lutefisk and lefse – a new Chicago-style eatery is getting ready to open in Ballard. 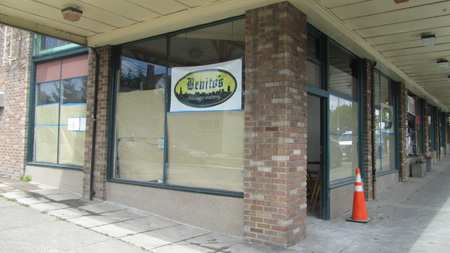 Benito’s Chicago Eatery is the brainchild of classically-trained chef and former Chicagoan, Benjamin Kulikowski. He says his restaurant will serve the big three Chicago foods – Italian beef, deep-dish pizza & hot dogs. He will also have a chalkboard menu with rotating dishes. 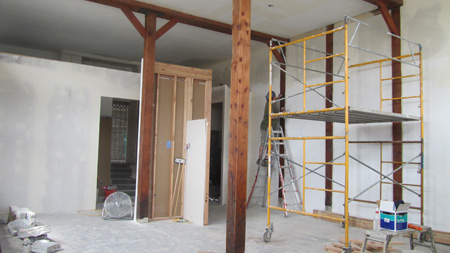 The new restaurant is located at 6201 15th Ave NW, in the same building as Three Girls Bakery and Ballard Barber Shop. The space used to house The Mailbox in Ballard, which had low ceilings and fluorescent lighting. Kulikowski and carpenter Dakota are completely transforming the space, turning to famous Chicago architect Frank Lloyd Wright for inspiration. They’ve opened up the ceiling and found exposed beams in terrific condition. One of them is even signed with an unreadable signature dated Wednesday, August 19th, 1928.

Benito’s will serve locally-sourced foods as well as beer and wine. They plan to open in September.