We watched Ballardite Tom Nissley win big on his eight-day streak on Jeopardy last year, then crossed our fingers for him during the Tournament of Champions, which ended last night. Nissley took second place after Roger Craig doubled his money on Monday evening with a Double Jeopardy question. It was almost impossible for Nissley to catch up. Although he didn’t get the $250,000 grand prize, he did walk away with $100,000. 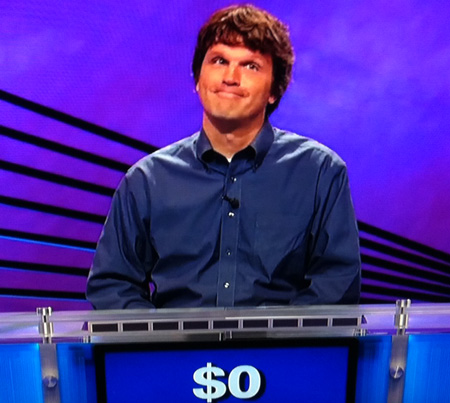 Nissley bet it all during Tuesday’s Final Jeopardy and lost all the money he earned during that show.

On the show Nissley won hundreds of thousands of dollars which allowed him to quit his job of ten years at Amazon to focus on writing. “Writing and reading have always been passions, and they’ve always been connected for me. I always wanted to write a book as good as the ones I loved the best,” he tells us in an email interview. Right now Nissley is working on a couple books – one a novel set in the early silent-movie era in Los Angeles, the other a reader’s guidebook to our country called “The Literary States of America.” He also keeps up on his blog and is writing some shorter pieces, too. “It’s hard to know how to balance your time as a writer these days when there are all these new ways to get your words out there,” he says. 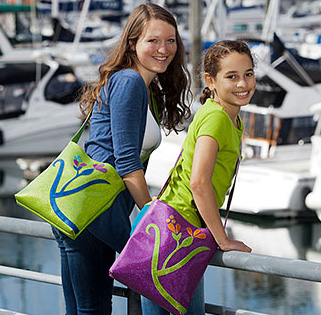 The Nissley’s daily lives are much different since he left Amazon. Now both he and his wife are home. He’s writing, she continues to work on Glitter Sweet, her line of handbags. “It’s been a real change for us to both be at home most of the time–we’re both working but we get to walk our younger son to school and sometimes even have lunch together,” Nissley says.

Nissley says that his time on Jeopardy is something he’ll never forget. “Getting up there and playing that game, and doing well at it, was one of the most thrilling things I’ve ever done, and that alone has changed my life.”