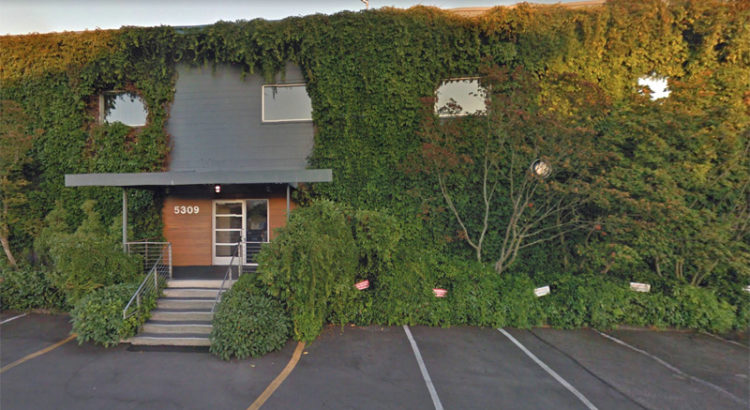 One of Ballard’s largest fishing-related businesses, Keyport is pulling its seafood business out of Ballard and moving its corporate office to Edmonds.

“Seattle has been our home for 20 years, and its increasingly challenging business climate makes it a good time to move,” said Mark Pedersen, Keyport’s President & CEO, in a statement. “Edmonds is a business friendly, maritime community that will allow us to expand our business and offers our staff less traffic and a safe environment.”

A story in the Everett Herald cited more specific reasons for Keyport’s move: “increased traffic, a homeless camp that opened for a time next to his business and anti-business rhetoric from City Hall, as well as the $15 minimum wage enacted by the city.”

Located on Shilshole Ave. against Salmon Bay, Keyport’s corporate office employees about 40 people, depending on the season. All of them will be making the move to Edmonds, Keyport’s Matthew Bleeker told My Ballard. Keyport leased its space along Salmon Bay, and the company’s new facilities in Edmonds include additional office space and a test kitchen.

Keyport is one of the largest distributors of King, Snow and Dungeness crab around the world. It’s also expanding into frozen seafood entrees — like seafood mac & cheese — and the company said it needed more space to grow.

The company has a sales office in Chapel Hill, NC and processing operations elsewhere in Washington State as well as Norway.

Sounds like a good move for them. I doubt the property owners will have much trouble finding new tenants that appreciate what Ballard has to offer in terms of walkability, entertainment, public transit, restaurants and views!

I wish them the best up in Edmunds. Its likely that many of their employees will have a shorter commute, and also less homeless to deal with. It’s hard to run some types of business that require manual labor and pay $15 an hour.

How many lobster companies operate in the inner harbor of Boston? Cod producers in Manhattan? Ballard is not too far off those other places.

Now for the vacant property—- Is the best use really to employ another 30-50 marine oriented jobs, or would maximizing the value of the land be turning it into 30 waterfront condos for $1.25M each or a 5 story facebook/apple/google ect. office? It won’t be too much longer that all the land owners will want to change the arcane maritime use land restriction laws they fought so hard to enact.

There really is a squeeze put on them 1) Much of the city council doesn’t appear to value their contribution, 2) transportation is poor and getting worse, and 3) the city hasn’t managed the homeless issue despite our “crisis” designation. Add to that the economics of cheaper rents and for many maritime business owners the decision may be an easy one.

Different business, though, will take their place.

@RANDALL J
Don’t forget that diamonds are also carbon and wouldn’t we be better off with more of it?

As long as they aren’t blood diamonds

As one of the largest distributor of King, Snow and Dungeness crab in the world, surely they can afford a living wage for their workers. Especially if they are saving so much money from their move and are able to expand their business. C’mon now . . . :)

Geeky Swedes, both you and the Hearld got played by the owner of this business. Not sure if he could have put more spin on it. You need to do a little more research. The business and people who work at this office are doing quite well. To try and characterize it differently is untruthful.

@givemeabreak, I don’t see anything in the article to justify your comment. Nowhere that I can see is there an inference that it isn’t doing well.

I do agree that the owner appears to be taking the move as an opportunity to take a swing at our local politicians.

Typical Seattle:
Local business leaves, and the soy brigade cheers and makes comments about carbon, etc.
Just one encounter with a violent junkie hobo is enough to ruin a good employee – especially as many younger people are hypersensitive types – but Seattle loves its “SAFE SPACES” and “NO BAD TALK” rhetoric, amirite unless the

Wait, wait, wait a gosh darn minute. They’re moving because they can’t pay the $15 an hour minimum? But, but, but these maritime jobs are family wage jobs, remember? They’re the back bone of Ballard’s economy! And hold your freakin’ horses! Maritime businesses can’t relocate. FFS, that’s why there’s so much opposition to the Burke Gilman Trail. And, and, and, aren’t they getting run out by the trail? OH, snap, it isn’t built yet. But, but, but they’re moving because there’s too much traffic? Maybe someone should build a trail on Shilshole so that the traffic can better flow.

@Red Herring
I bike commute but if you believe traffic will improve much with 20k car owning condo dwellers moving here each year I got bridge in Ballard to sell you, cheap! Hobos included free of charge!

Then sit around with their “who farted” faces when Trump wins.

@Access Hollywood, the traffic on Shilshole that is slowed down by those damn lycra wearing Lance Armstrong wannabes will improve immensely! And yes, please sell that sh!thole Ballard Bridge, we need a new one desperately.

@Red Herring
Yeah i know. Lycra is dumb unless worn by football player slapping each other on the ass after giving each other head injuries.
I don’t wear the stuff myself, and i do get a chuckle that most cyclists enable the very people who steal their bikes. Anyway maybe we could make Seattle a “safe space” for business instead of a heroin shi*hole for lifer losers.

All of the housing crisis is created by the city council that controls the land use and Zoning codes.
The city of Seattle has been running businesses out of their boundaries for years why do you think Boeing has an added one single employee to any of it Seattle locations
That’s okay once all the taxpayers and tax-paying businesses are gone then we’ll find out who’s who I just wish all these people with their radical ideas would form their own Nation somewhere else

@john I did not infer anything, I am an acquaintence of several employees. The staff at this office primarily work as crab brokers, buying crab (much of which comes from the Russian crab fleet), and reselling to resturants and markets. Business is good.

@givemeabreak – it was the comment “To try and characterize it differently is untruthful” that I don’t see a basis for. It infers that geekyswedes are mischaracterizing the situation. It seems to me they just reported the story.

Again, I think there is some political opportunism by the owner but nothing untruthful about the article, imho.

Good thing they won’t have to worry about “increasing traffic” or homeless encampments in Edmonds. haha, I’m guessing they have never actually set foot in the city.

Wait a second—this guy is complaining, first, about the homeless problem and, then, about having to pay a living wage?

Hmmm. I’m going to guess he never got high marks for critical thinking. Or maybe he just thinks everyone else is to dumb to notice a link between the two.

Not paying people a living wage will make it so they can’t afford heroine.

More than likely it is due to the fact hat Ballard is over run by the homeless. Every business is being compromised by these drug addled vagrants. I know because I have a business in Ballard right by the locks and the police do nothing to curtail the blatant theft from my business and other around. If the junkies control the are what hope does a small business have.

I loved Ballard long before it lost its Scandinavian culture to the soy crowd, trendy restauarants, and condos, condos, condos. I used to own a big house with a big lot near 65th & 8th NW, the cool house has been razed now, replaced with 3 skinny 3 story condos . . .oh well. But what really loved about Ballard in the 60’s and early 70’s was the close proximity to Golden Gardens Raceway Park every Friday & Saturday night. After a full night of being a spectator and/or drag racing my car it was on to Dick’s on Holman Road for some car talk, bragging and 2 each Golden Gut Bombs. Went to the Gardens on New Years Day 2018 with my son’s and grandsons for a cruise and a photo opportunity at the “starting line” (Yes, I laid rubber with my boys laughing !) with my restored muscle car . . .Gramps still has it . . GREAT memories ! Bring back the Gobbe Shop the REAL Totems Fish & Chips (target sauce and fish are all wrong tasting). Just a chance to discuss old Ballard as I remember it from a 76 year old retired guy who’s… Read more »