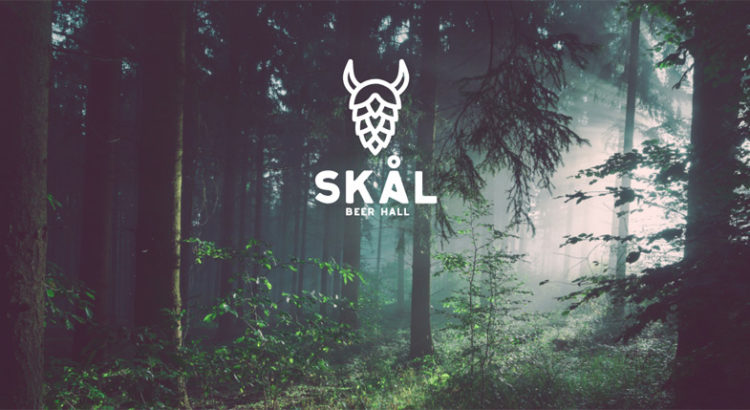 Over the years, Ballard has slowly lost Scandinavian mainstays like Olsen’s Scandinavian Foods, the Scandinavian Bakery and the Viking. New apartment complexes appear with Scandinavian names, slogans and design flourishes — which the city’s design review board likes to see – but it has little to do with our neighborhood’s Scandinavian roots.

That’s why we, the Geeky Swedes, are happy to hear about a new Scandinavian establishment called the Skål Beer Hall that’s coming to the old People’s Pub space in Old Ballard.

“I’m a veteran of the craft beer industry and my Nordic heritage is of great importance to me,” explains Ballard resident and Skål founder Adam McQueen. “We aim to honor the Nordic roots of our neighborhood through a relaxed, communal beer hall experience – what we envision a Viking mead hall would be like today.”

In ancient Scandinavia, a Viking mead hall was the center of the community and a welcoming spot to gather or to host visitors from afar, McQueen explains.

Skål (which rhymes with “bowl” and means “cheers” in Norwegian) will feature an open hall with a “huge central fireplace to gather around on dreary Seattle nights,” he says. “We’ll have large ale horn mugs and Norse mythology inspired touches.”

Not only will Skål feature local craft beer, cider and regional wine, but also mead (fermented with honey) and specialty cocktails – including the Scandinavian favorite, aquavit.

“We’re looking forward to featuring some of our terrific but hard-to-find local products as well as some Scandinavian imports,” he says.

The open kitchen is inspired by the idea of a Viking butcher shop. McQueen explains: “Imagine (if you will) gathering near a roaring fire at the edge of a fjord. Here is where you’d find our food. There will be Nordic influences, traditional bar snacks, and a whole lot of meat (but meatballs are unlikely, sorry Grandma)!”

McQueen says he’s collaborating with Lexi, the chef/owner of the Old Ballard Liquor Company, to create the food concept. With a Swedish family heritage, she has “a wealth of experience with contemporary Scandinavian cuisine and aquavit,” he said.

And if it can’t get any more Scandinavian than that, long-time Ballard residents may remember a Scandinavian restaurant called Vasa Grill that occupied the same space in Old Ballard before People’s Pub (5429 Ballard Ave NW.) “We’ll pay homage to both the Vasa Grill and People’s Pub through details that recognize their former presence in our space,” McQueen says.

Skål Beer Hall will be opening in “early summer.” In the meantime, you can sign up for updates on Skål’s new website and social accounts.

Do you have any vegan menu items for my high strung, aggressive shiba inu?

@Annoying Dog Parent, you should definitely not be feeding your dog a vegan diet. This can be extremely harmful to the dog, as it requires a good amount of protein for normal growth and development.

Good, Ballard really needed a place for beer. Next, how about a burger place and then an ice cream shop.

Jacob is actually well known troll. There is nothing wrong with the feeding your dog a vegan diet. It’s much healthier for them.

Another place that will be too expensive for the cranky baby boomers who became poor when the world passed them by.

Yay!! Lexi’s food is the best! So happy to hear about this!

I’m happy to see this change. I had completely forgotten about People’s Pub, though I used to go there years ago; it certainly needed a facelift.
@CommonSense Exactly!

The drinks might be OK, but I’ve never eaten any Scandanavian food that’s any good.

Who is this Lexi person anyway that many of you seem to know? How does owning a ‘liquor’ company that serves barely any food make him/her a good cook?

@Bjorn – Dear thing…one EATS the food to ascertain if she’s a good cook. It’s almost like you’re a troll…

@Bjorn is a well known troll. He often criticizes the food served at Ingraham where my child attends, even though he rarely eats in the cafeteria.

I am generally looking forward to this, but why not serve meatballs? Sure it’s stereotypical, but that would be like a new Italian restaurant saying “we don’t plan on serving anything with Marinara, because it’s too cliche!”

European-ism is racism.
Your animal carcass food and aquavit are dripping with patriarchal blood.

Vikings are also cis-hetero-normative, and are pretty rapey.

@Woke William
The future is neutered.

Ate (and drank) at the Vasa for years. Worked at the “Fisherman’s Inn” almost right next door. Old Ballard was the best place in the world. Tak for bringing Scandinavia back!!!

Meet the New Drunks, Same as the old drunks…

Damn. Mr. Sockpuppet must be off his medications today. Did mother forget to refill your pills?