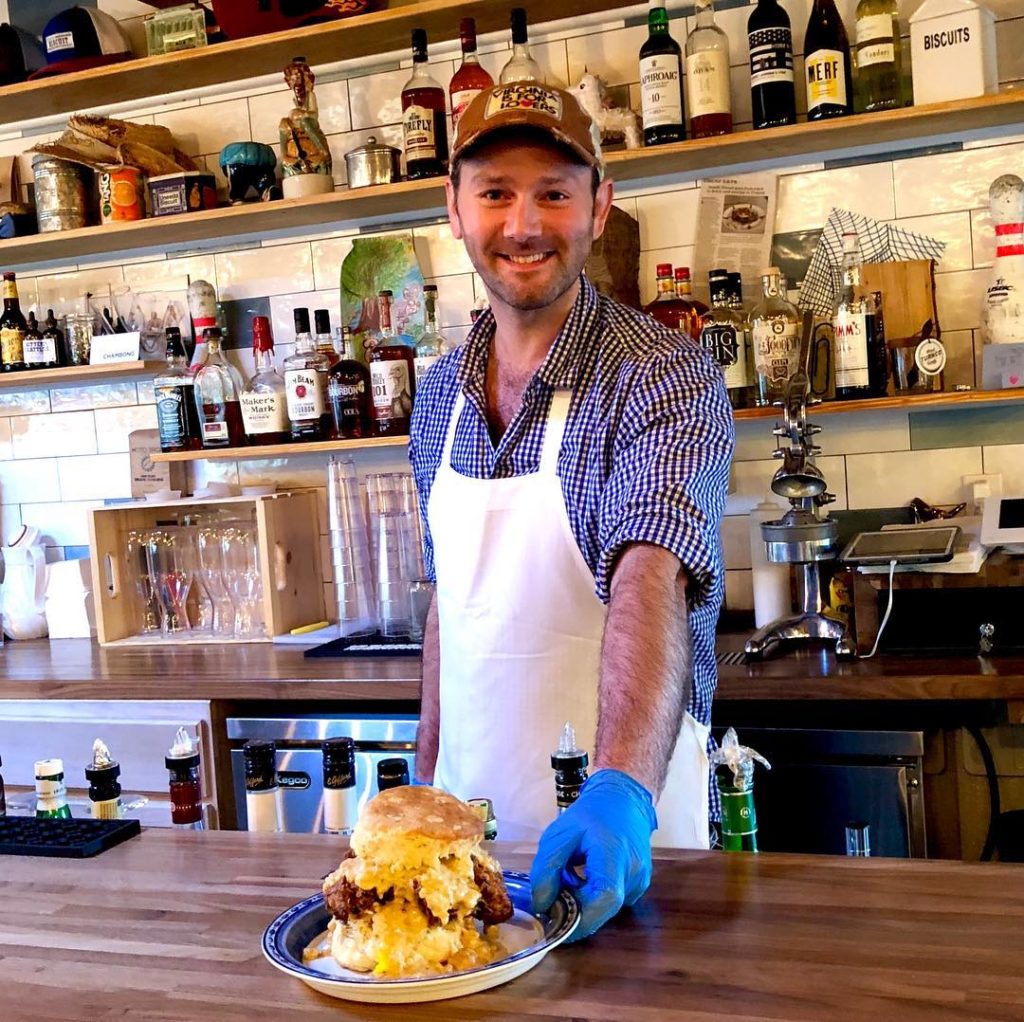 As it turns out, it’s possible to be both a baker and a Grammy-nominated cello artist.

When he’s not making music, he can be found at Frelard’s Seattle Biscuit Company (4001 Leary Way NW), where he works as a part-time baker.

“It’s not every day that you can get a scratch made biscuit from a 6-time Grammy nominated artist… but today is that day,” Seattle Biscuit Company writes on their Facebook page.

Just the word Frelard makes me want to scream and punch somebody. However, good for Josh.

That’s awesome, great job to Josh! The food at Seattle Biscuit is phenomenal! A multi-talented individual.