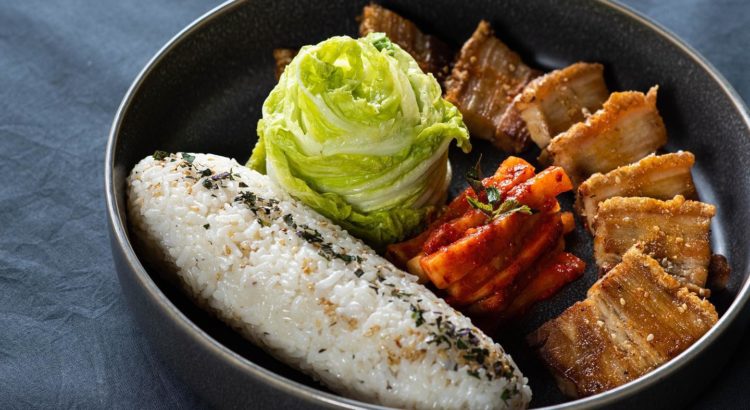 Ballard Ave bar The Gerald has changed their menu to be primarily Korean.

Owner Wes Yoo says the change was inspired by his own Korean heritage and, “to help fill a glaring void on Ballard Ave with authentic Korean flavors.”

Yoo was born and raised in Seoul, Korea, and moved to the US as a teenager. He bought The Gerald back in 2018, and has since made some big changes, the latest of which is focusing solely on Korean fare.

Yoo also added Tteokbokki—a rice cake stew that was once his childhood after-school snack—and butter roasted potatoes, which he says are inspired by his favorite snack from Korean expressways.

The cocktail menu will also continue to evolve; Yoo will add Korean alcohol such as soju and makgeoli.

Yoo plans to keep the location’s original name: The Gerald is a throwback to a previous occupant, the Elephants Gerald t-shirt company.

“The Gerald will carry on its years of evolution over the past several years and continue to honor the history of the space, the building, and the neighborhood,” the company said in a press release.

The Gerald is open seven days a week at 4pm, with a daily happy hour from 4pm to 6pm.