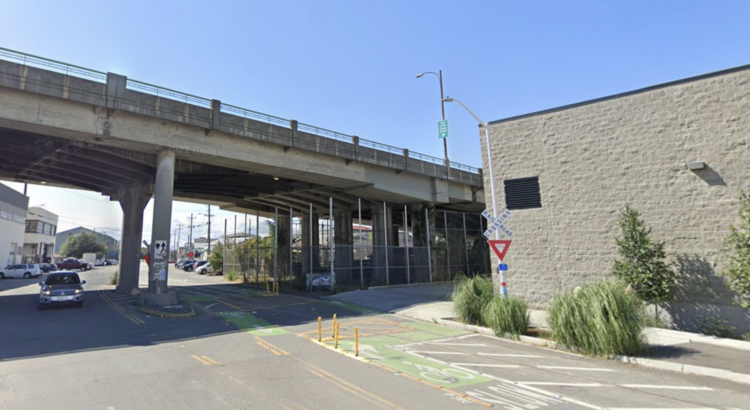 A local law group is getting ready to file a lawsuit against the City of Seattle and Ballard Terminal Railroad on behalf of a group of bicyclists who suffered injuries along the Missing Link of the Burke-Gilman Trail.

Washington Bike Law attorney Robert Levin tells My Ballard that they will be representing seven clients who all suffered serious injuries after crashing on the railroad tracks under the Ballard Bridge—aka the “Crash Zone”—between 2018 and 2020. Levin has been investigating the incidents for the past year and plans to file the suit in early 2022.

The Missing Link—the 1.4-mile gap of the Burke-Gilman Trail—has long been a dangerous stretch for bicyclists. The most precarious section is just underneath the Ballard Bridge, where the railroad tracks cross the roadway at an angle. Several serious accidents have happened there, prompting the city to make some improvements in late 2020 including new road markings, signs, and plastic posts.

“The City did finally implement some changes to the area in late 2020 (new road paint and addition/replacement of signs and plastic flex posts), but we believe, even with these changes, the crossing remains unsafe,” Levin says.

“After collecting thousands of pages of documents from various city departments through public disclosure requests, we have drafted a 50+ page Complaint which details the history of this troubled spot including the knowledge of the City and Ballard Terminal Railroad of the unusually high bike crash rate and their failures to make the crossing of the railroad tracks safe for travel by bicycle,” Levin says.

In a statement, Washington Bike Law said their office has attempted to resolve many of the injury claims without filing suit, but say “it increasingly appears that this office will again have to litigate to help make up for the harm done as a result of the continuing dangerous conditions in the Crash Zone.”

The lawsuit comes as the City’s plans to fix the Missing Link are yet again derailed: The group of Ballard businesses, Teamsters Union Local 174, and the Ballard Terminal Railroad have appealed Seattle’s most recent design plans.

The City has long advocated for building the Missing Link along Shilshole, but the opponents say it would create a dangerous environment for businesses, truck drivers, and bicyclists. They would prefer to see the trail alignment along Leary.

The opponents are asking the King County Superior Court to stop the project from proceeding and to require that the city obtains permitting and more environmental reviews.

Photo: The “Crash Zone” where the Missing Link passes under the Ballard Bridge