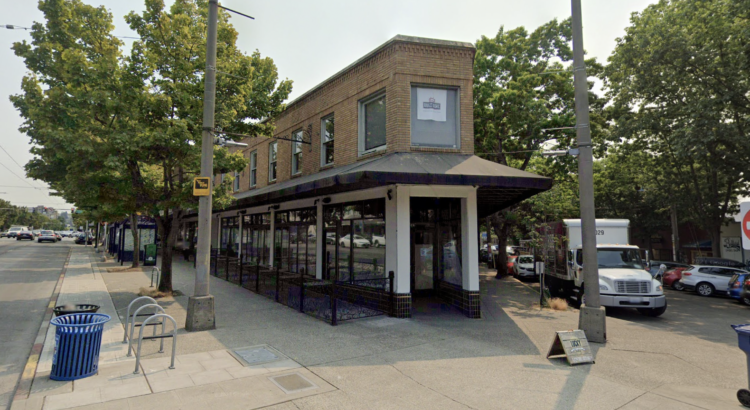 A new Filipino restaurant called Bunsoy is getting ready to open on the corner of NW Market St and Ballard Ave.

Bunsoy is opening in the former Matador location. The space has been empty for almost a year; Matador moved just down the street to 5401 Ballard Ave in April 2021.

Local restaurant owner Tommy Patrick is behind the new concept; Patrick also owns The Ballard Cut and Parish Northwest, both of which opened in 2020.

Parish Northwest chef Rhabbie Coquia (below) will be heading up the kitchen at Bunsoy. Coquia, who grew up in Manila with three older siblings, was called Bunsoy by his mother—it’s an affectionate term for the youngest sibling.

Patrick told the Ballard Alliance that after Coquia did a successful Filipino pop-up at the restaurant Musang, he promised Coquia that he’d let him take the reins of his next restaurant.

The new restaurant will have a large mural that honors Filipino history; in particular, how World War II shaped the culture of the country, the Ballard Alliance says.

“We wanted to turn a relic of what had happened into a beautiful piece of art that was a celebration of how the human spirit can turn terrible situations into something beautiful,” Patrick told the Alliance.

“We thought there wasn’t a better way to showcase an underserved population and bring some life back to this part of Market Street and Ballard Avenue than by putting a giant colorful local artist showcase here in honor of the chef and namesake, Rhabbie Coquia.”

Bunsoy is expected to open in early February, with a grand opening scheduled for Friday, Feb. 11. We’ll share more when the date nears.