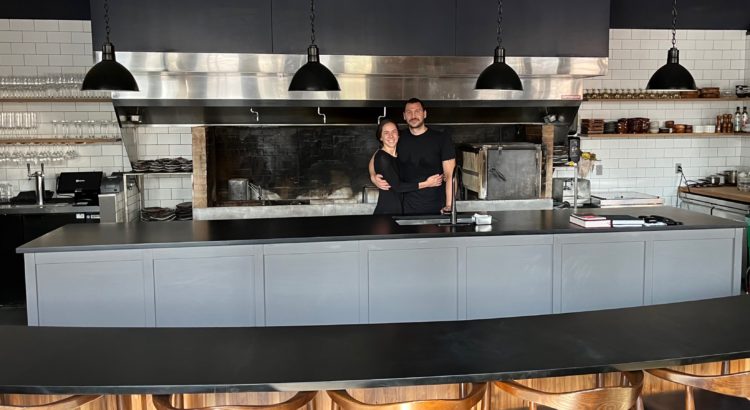 Turkish restaurant Hamdi is opening soon in the former space of Tarsan i Jane (4012 Leary Way), which closed in 2020.

Chef Berk Güldal and his partner Katrina Schult tell My Ballard that Hamdi is named after Güldal’s grandfather.

“My grandfather’s love for cooking and hospitality was unforgettable, and he always pushed me to be better and do everything with love,” he said. The inspiration for Hamdi comes from their mutual love for Turkish cuisine and culture, the couple said.

Hamdi began as a pop-up, and because of the success and positive feedback, Güldal and Schult decided to open Hamdi as a brick-and-mortar.

Both Güldal and Schult’s background is in fine dining, working in Michelin-star restaurants such as French Laundry. They both still want to give customers an elevated experience but in a casual, homey, and warm atmosphere.

During Güldal and Schult’s first trip to Seattle, they immediately noticed the establishment when driving by. Soon after they fell in love with Ballard’s friendly and family aspects. When dining in Hamdi, customers can expect a family-friendly approach as well as a full bar and an enjoyable date-night option.

“We are trying to create what feels like home, here. Our main goal is to represent Turkish welcoming, hospitality, and warmness so that whoever walks in the doors is welcomed and happy to dine and spend time with us, here,” Güldal said.

The oven was built by Rob Henderson, owner of One Work Seattle, and they will be decorating the walls with paintings made by local Seattle artists.

Similar to the pop-ups, Hamdi will continue to roast a whole lamb every month, outside. The entrees will consist of seafood, emphasizing shareable entrees and whole fish options as well as smaller plates, dessert, as well as Turkish cocktails and coffee.

Hamdi expects to open by the end of October.