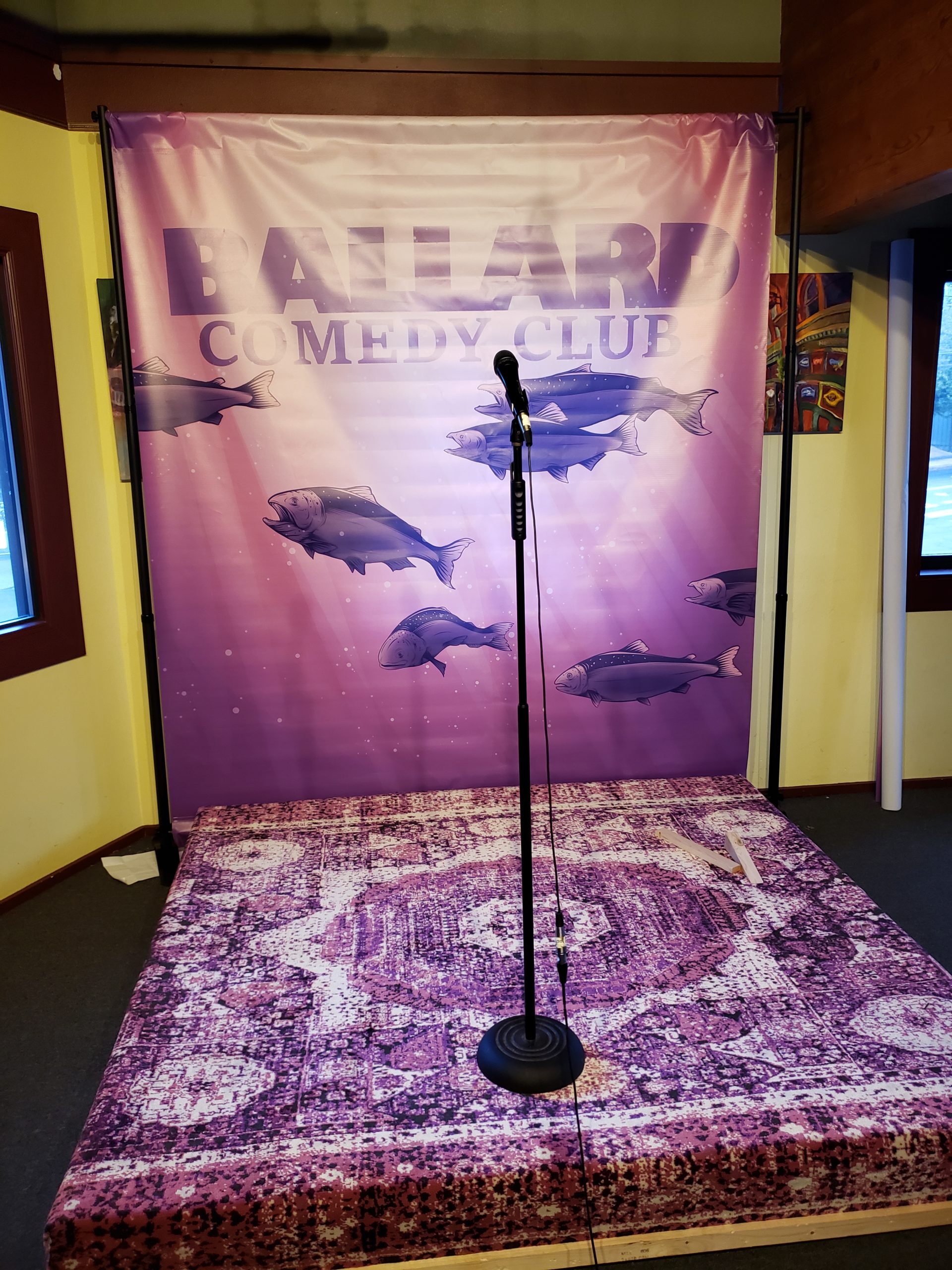 The Ballard Comedy Club is open for business! Based out of Hales Ales Brewery with shows every day except Tuesdays we are here to prioritize inclusiveness within the comedy community. We focus on booking, furthering and developing women, poc, and LGBTQA comics along with people from other marginalized communities. Our goal is to be an amazing place for laughter and kindness that is great for the community. The cultivated and well crafted experience is brought to you by the former General Manager of the Comedy Underground Robert Pidde. Robert has been a foundational staple in the Seattle Comedy Community for many years and his extreme focus on kind and hilarious comedy has had a ripple effect during his tenor at the Underground. He hopes to make more ripples with his focus on making the comedy scene a more kind and inviting space for everyone while helping give feedback to those who want to enter the industry or even just want to take comedy up as a hobby. Him and a cast of likeminded comedians are extremely excited to make something really special happen here in Ballard and look forward to seeing everyone out laughing safely in the space.