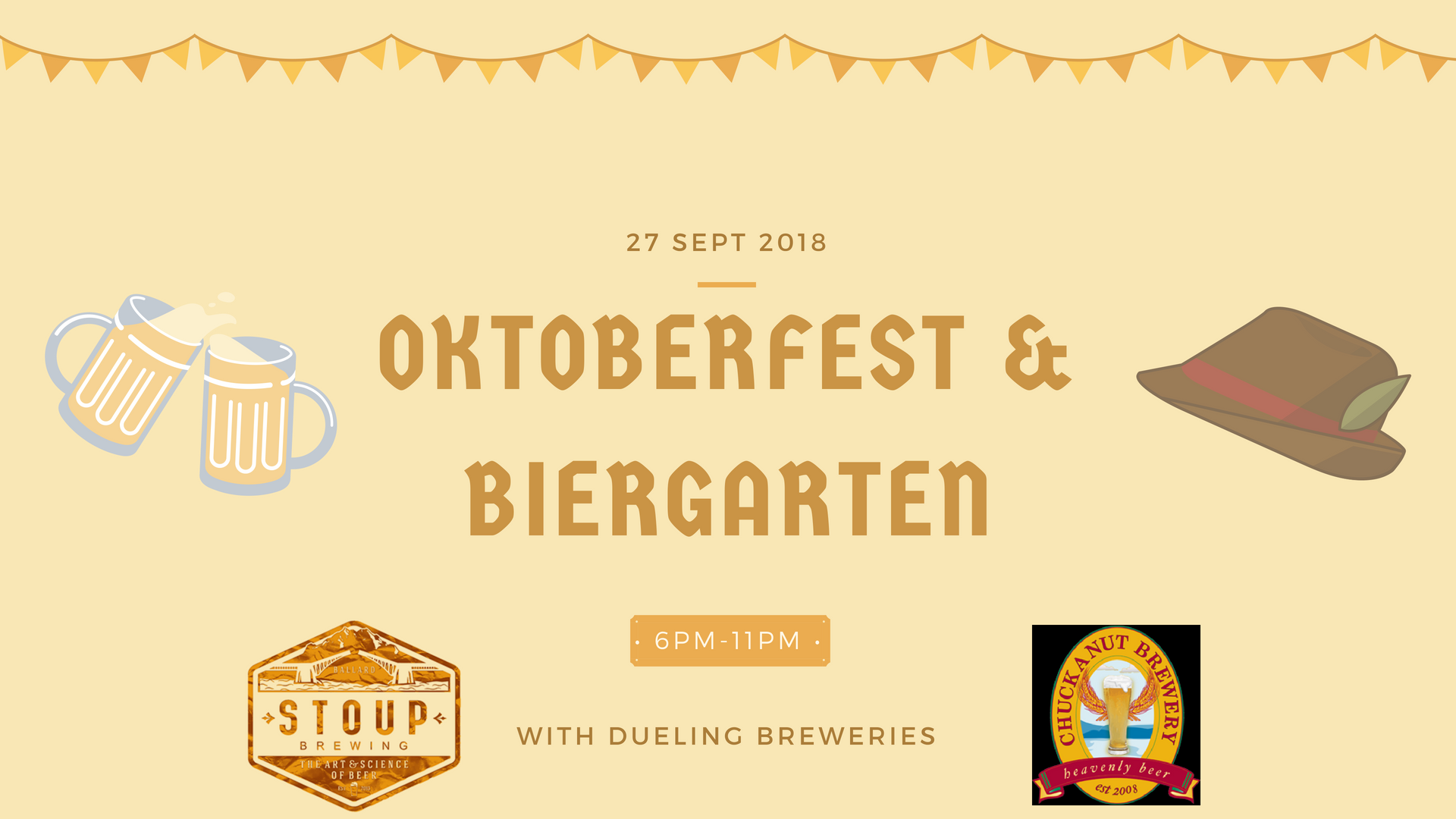 The festival originated as a celebration of the marriage of
Kronprinz Ludwig, later King Ludwig I and Princess Therese of Saxe-Hildburghausen on October 12th 1810.

Today, OktoberFests are held all over the world and we will be hosting one of our very own, as the most recent addition to our Pop-Up Bar series.

Come on down for pints and snacks as we’re joined by
dueling breweries, Stoup & Chuckanut!

This event is free to attend and will be hosted in our back studio and garden space.