The Vikings of Comedy – My Ballard Skip to main content

The Vikings of Comedy 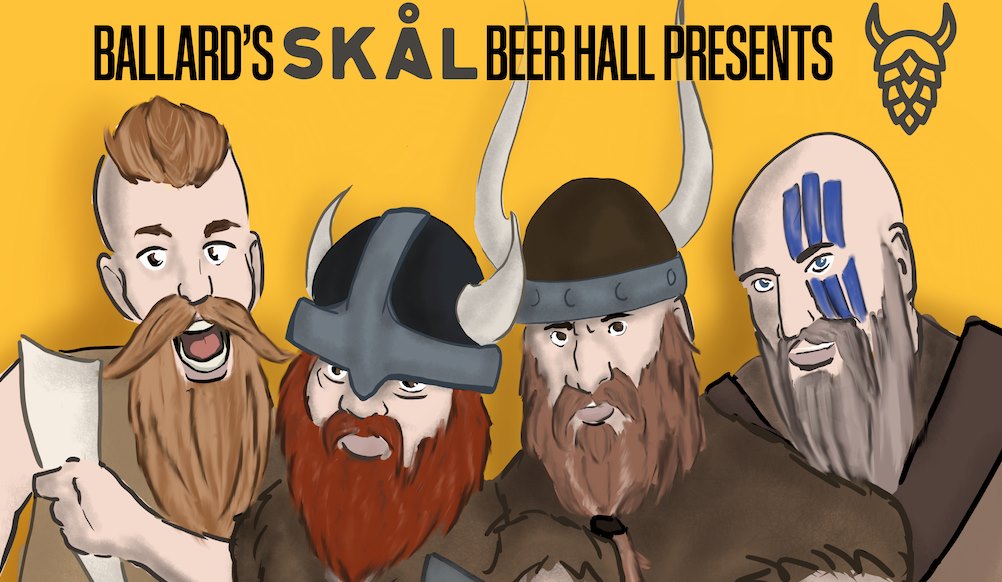 We are stoked to welcome live stand-up comedy back to the beer hall. It’s been 16 months since we’ve been Kraken jokes on Monday nights!
We’ve got a packed lineup featuring Chase Mayers, Erin Ingle, Chris Mejia, and host Travis Nelson!
Chase Mayers: Chase Mayers, AKA The Louisiana Slow Burn, AKA El Banko is a laid back comedian from southern Louisiana. Chase has worked with TJ Miller, Garfunkel & Oats, and Sean Patton. He was selected “Best of The Fest” at the 2017 Burbank Comedy Festival and can be heard weekly on his podcast “Bucket of Duckets.”
Erin Ingle: Erin Ingle may just be Seattle’s sharpest stoner and tenderest feminist, with comedy that’s equal parts joy and judgment. Erin has been performing stand-up since 2012 and currently features in clubs around the PNW. National touring is next on her list, following her performance at 2019s Laughing Skull Comedy Festival and on Comedy Central’s “Roast Battle II.”
She’s a crowd favorite at bars and breweries all over, and has been seen on NBC, in the “Seattle International Comedy Competition,” at “SheDevil NYC,” “10,000 Laughs,” and “Laugh Your Asheville Off” comedy festivals. She hopes one day to be friends with someone who owns a glamorous boat.
Chris Mejia: Born in Puerto Rico but raised in Florida, Chris Mejia is taking the Seattle comedy scene by storm. Chris’ comedy seamlessly blends fun pop culture observations with takes on harder subjects like living with Lupus and being a POC.
Travis Nelson: Travis was raised where Kurt Cobain learned to smile, in Grays Harbor, near the rain forests of Washington State. The lack of sunshine and abundance of caffeine fostered his obsessive personality. With an act that intertwines real experiences with absurd and imaginative meanderings, he invites the audience to escape into the sometimes dark but always lighthearted playground of his psyche.
Our full kitchen and bar will be available for the event. We encourage you to come early to put in food orders prior to the show beginning. Seating is general admission. All drink orders during the show must be done from the bar.
Advance ticket purchase strongly encouraged. This event usually sells out. No refunds. Transfers allowed. Tickets at the door go up to $15.