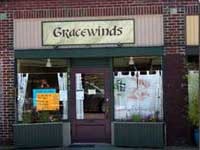 Gracewinds Perinatal Services, which offers a community-focused set of parenting services ranging from pre-childbirth through six months, is one of seven finalists for U.S. Chamber of Commerce’s Small Business of the Year.

“We just found out this morning, so it’s pretty exciting,” CEO Chris Wallace told My Ballard. Two weeks ago they were awarded the chamber’s Blue Ribbon Small Business Award from which the seven finalists were selected. The winner of the Small Business of the Year award will be announced April 17 at a banquet in Washington, D.C.

The recognition is the latest in a string of awards for the small business. “Last year we won the Small Business Administration award for Women in Small Business,” Wallace said. “We’ve won five awards in the last two years,” including the Seattle Mayor’s Small Business Award and the Homestreet Bank Great Business, Great Neighbor Award in 2006.