Built in 1917 with a length of 2,854 feet, the Ballard Bridge spans the Ship Canal, the waterway linking Elliott Bay with Lake Washington. The bridge connects Ballard with Interbay, Magnolia and Queen Anne to the north. 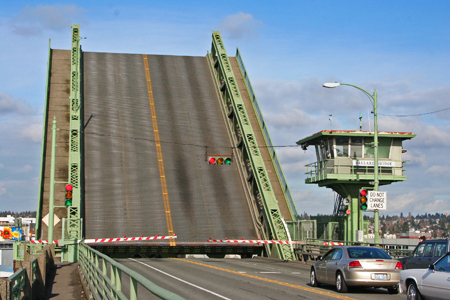 Like the Fremont Bridge to the east in Seattle, the Ballard Bridge is a bascule bridge, opening frequently to allow taller boats pass underneath. There are exceptions: the bridge remains down from 7 to 9 a.m. and 4 to 6 p.m. every weekday to avoid interruptions during the commute. 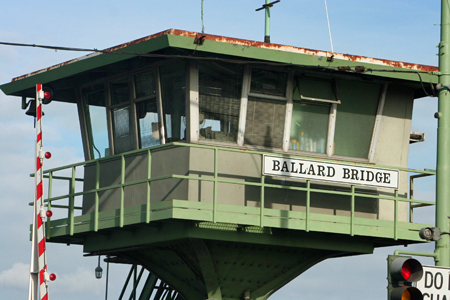 When approaching the bridge, boaters sound a whistle, alerting the bridge operator. It takes an average of 4 minutes for the bridge to open and close. (More details here on the city’s bridge opening procedures.) 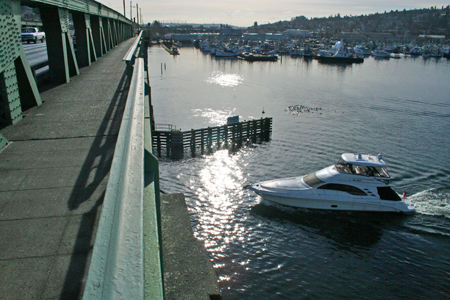 Boats under 44 feet tall pass underneath while the bridge is down. 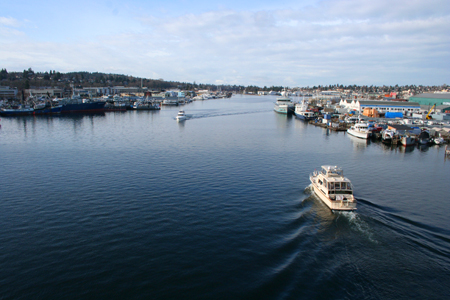 To the west of the bridge, drivers can see a beautiful view of Salmon Bay, Fishermen’s Terminal and the Ballard waterfront. 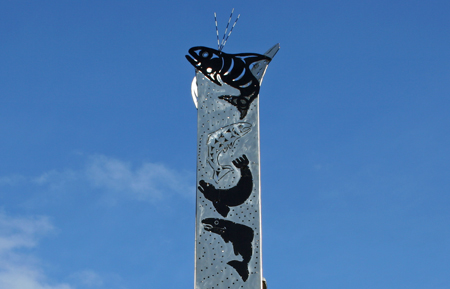 Eight sculptures decorate the north end of the bridge. The 10-foot-tall aluminum sculptures were designed by Tom Askman and Lea Anne Lake to reflect Ballard’s Scandinavian and Native American roots.