Ticket price is by table 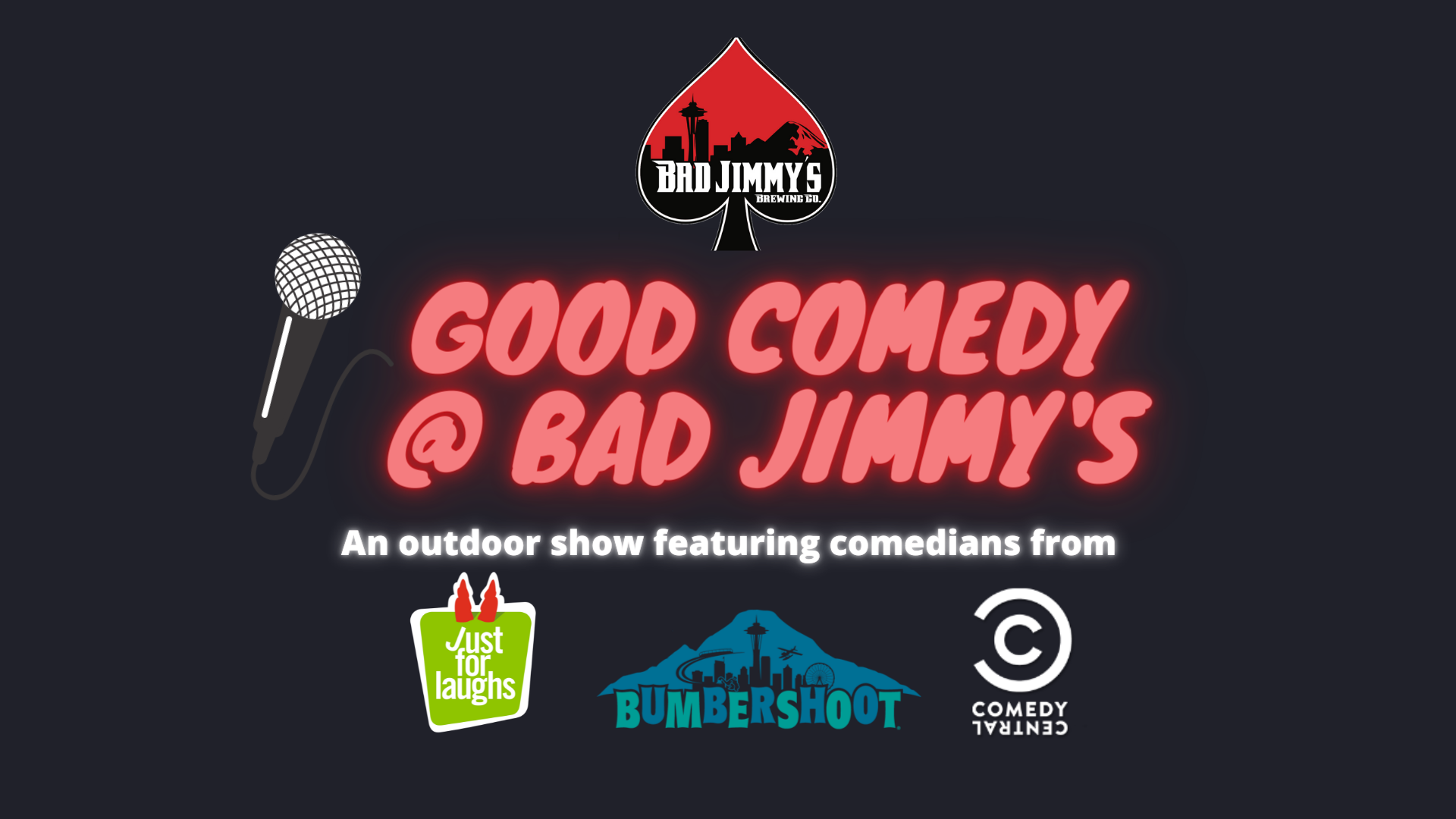 Back after two sold out shows! Bo Johnson (Comedy Central) and Chris Mejia (Bumbershoot) host a live outdoor comedy series at Bad Jimmy’s Brewery. Featuring comics seen at Bumbershoot, Comedy Central, the Seattle International Comedy Competition, Just for Laughs Montreal, and more!
Tickets are sold by table size versus individual ticket price. For example, a table that can seat up to 7 people is $70 total, only $10 a person!