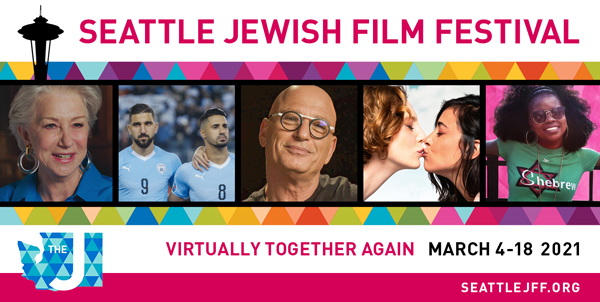 Comedian Howie Mandel Launches SJFF 2021 Opening Night: We are excited to announce that the film HOWIE MANDEL: BUT, ENOUGH ABOUT ME will open the 26th Seattle Jewish Film Festival, which begins on March 4. Howie Mandel, veteran comedian and Emmy-nominated game show host, will join us along with acclaimed documentary film director Barry Avrich, for a Zoom conversation following the film.

During the two-week run, SJFF will feature 18 streaming films to lift your spirits, rouse belly laughs, and make you smile from ear to ear—from beginning to end, from Opening Night to Closing Weekend. Comedies, love stories, tales of triumph and overcoming adversity will joyously bring our community virtually together again, even though we’re far apart.