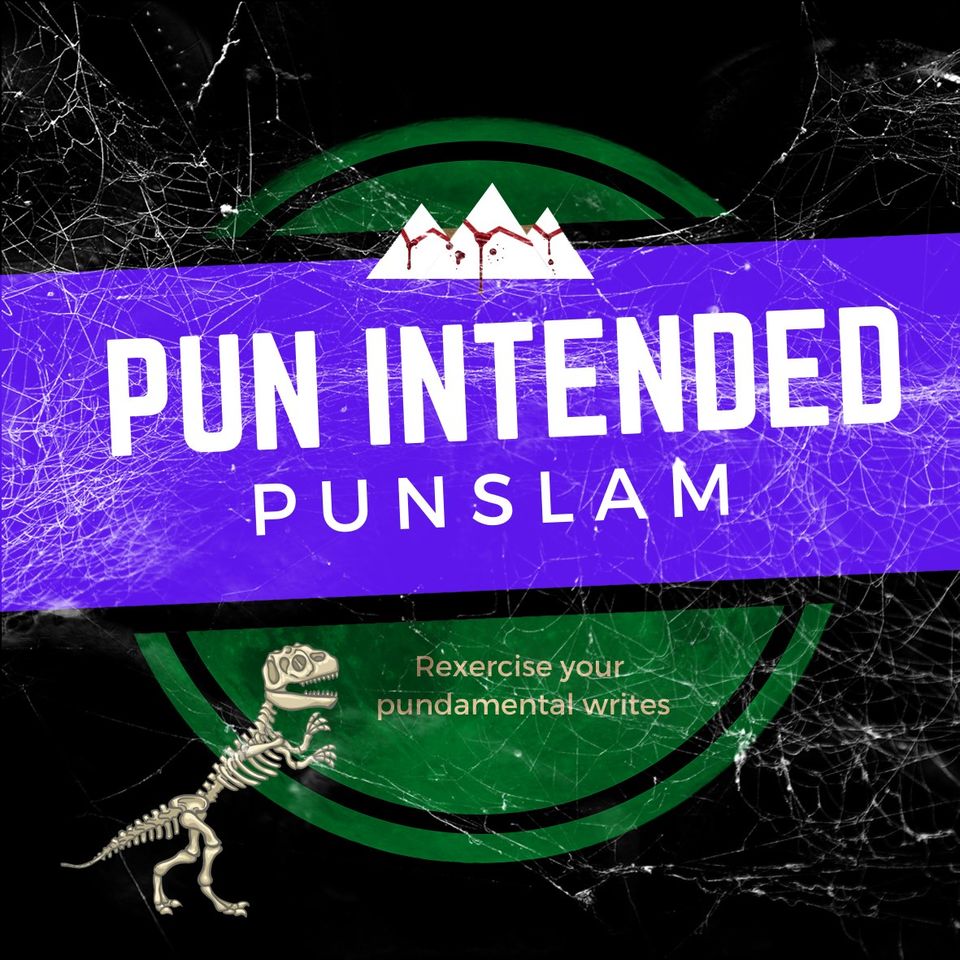 This is our Halloween event, held on October 13th!
Pun Intended Punslam is a slam-style pun making competition.
In pairs of two, Intenders approach the stage to be given a prompt with seconds to think while we dance and drink, before collaboratively punning!
The five audience members who have been selected to be judges score, frequently including hilarious pictures and quips.
Next, the Intenders come up one by one and have two mins each to show off their puns, from a word or phrase they have been given before the show had begun.
The judges will judge, with drawings and hilarity continuing on…
In the final round, the top four Intenders go noggin’ to noggin’ before the audience chooses who is top doggin’!
Our champion receives mad respect, bragging rights, and cheers!