It takes just a little common sense to know to avoid some of the steeper, ice-covered roads coming down Phinney Ridge. 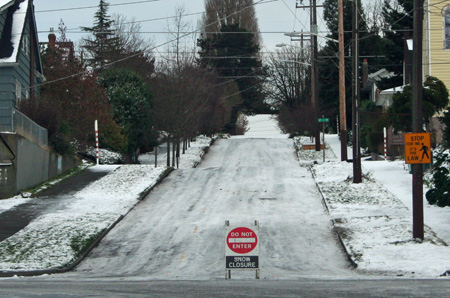 But SDOT put a closed sign on 65th just to make sure. Cars are doing a good job avoiding most of the steep slopes on the Ridge. 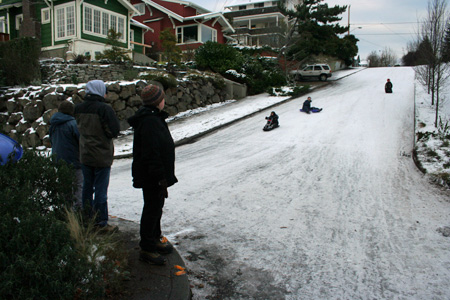 Many kids are taking advantage of the opportunity to do a little sledding, like here on 67th. Seattle Police is warning parents and kids to make sure to sled only on closed streets. Even then, sledding can be very dangerous, as Magnolia Voice remembers the accident involving a parked car that killed former King County Prosecutor Norm Maleng’s 12-year-old daughter back in 1989. 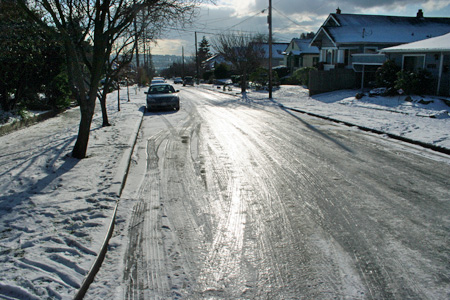 And of course, even walking across roads and down sidewalks can be dangerous. Twice today, we’ve seen people slip backwards and hit the ice hard. 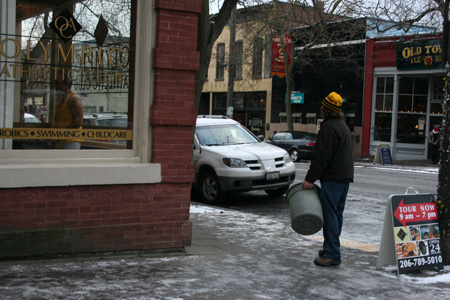 We’ve also seen several businesses, like the Olympic Athletic Club above, spreading salt and sand to minimize the risk of a fall. (Which by the way, is the responsibility of the businesses, and not the city.)