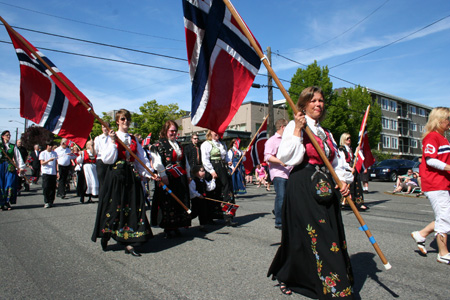 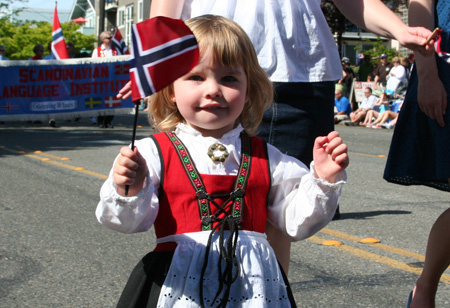 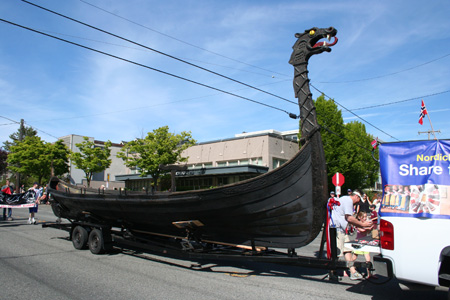 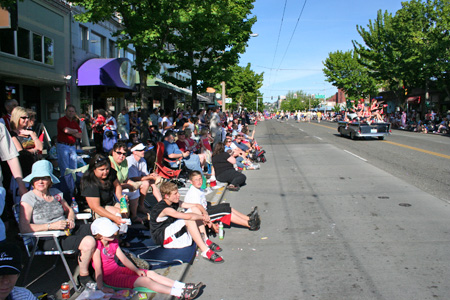 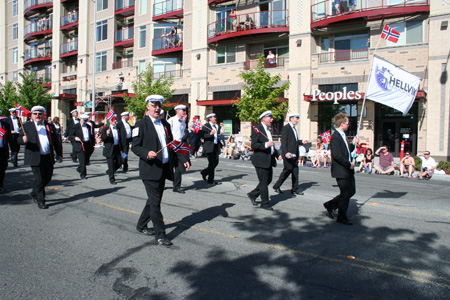 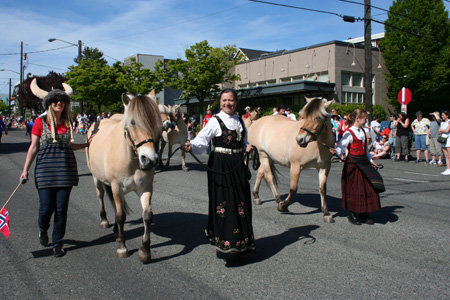 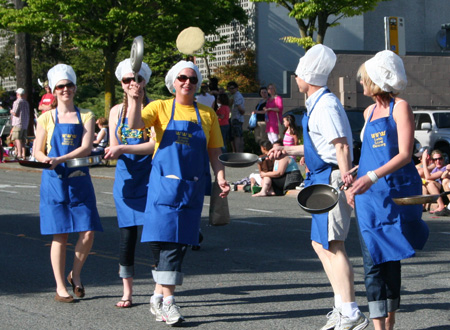 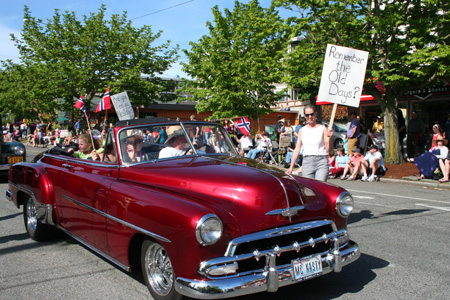 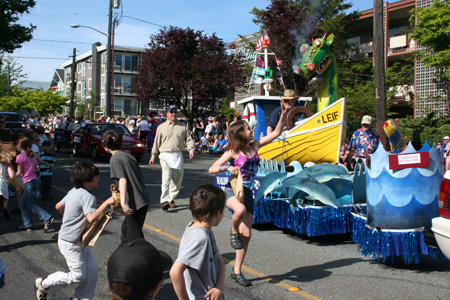 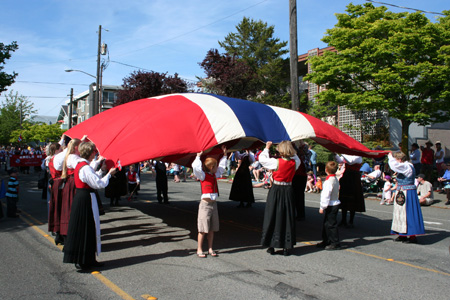 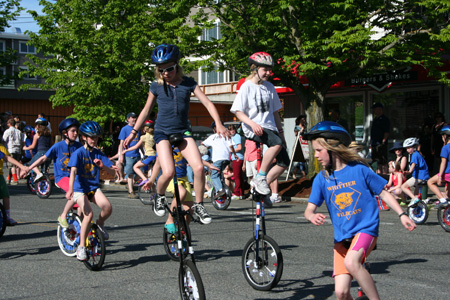 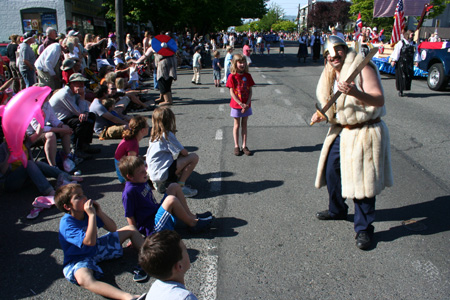 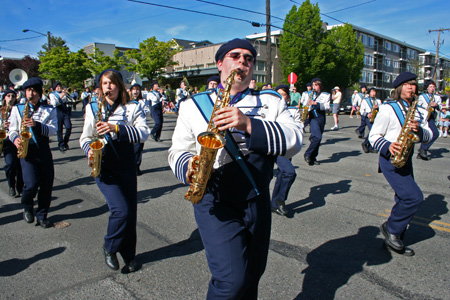 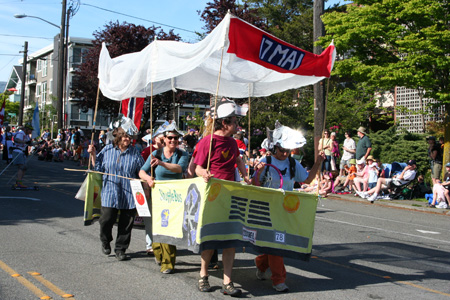 It was a beautiful day for the parade! What fun. It's nice to see our “little” neighborhood come together and have fun.

My pictures are here

It was such a great day–perfect weather, happy people and a parade–who could ask for more? I'll be posting my photos to flickr later tonight. Did you catch the Mustang in the Chevy Car Club section? :~)

Perfect day for the Syttende Mai parade. It was a ton of fun to see all the Norwegian pride out there!

Thanks for the beautiful photos ninaf.
I didn't go to the parade but I did take my daughter to see the Fjord horses at the Nordic Heritage Museum. They are really beautiful horses. My husband took our daughter to the parade and she came home talking all about the candy that was thrown and the candy that a viking gave her “… but don't worry, Mom, he was not a real viking, just a man in a viking costume.” Good to know.

This event is one thing about Ballard that's still great (OK, not everything in Ballard sucks now).

Oh, what a parade! The fjord horses were a big highlight. Beautiful!

Actually, although I think everyone liked the fjord horses, I believe the single most popular guy in the parade was the fellow with the cart and shovel who followed behind the horses and cleaned up what they left behind in the street. That guy got a LOT of applause.

Now, if we could just hire him to follow the bums around the neighborhood and do a similar job…

We took a close look at the ship in the Museum parking lot before the parade. It really showed well up close…and sun was cooking the tar on those wood planks! I didn't stop to think about it being a replica, but it makes sense I guess.

Where was the police motorcycle drill team? My kids (and many others) missed them very much.

Exactly!!! They are one of the best parts of the parade. Despite the above posts, many people were disappointed with this year's parade. No motorcycles, a shorter parade, and a low turn-out in most areas.

Next year's parade is on a Monday. Does anyone remember what time it starts on a work day? I don't remember.

I believe it starts at 6 pm when the 17th falls on a week day.

The prade was great! I really enjoyed the drill teams especially the team with the drums. They were great!