The Ballard High School marching band played in the Macy’s Annual Holiday Parade this morning, and Marianne sent us some photos. 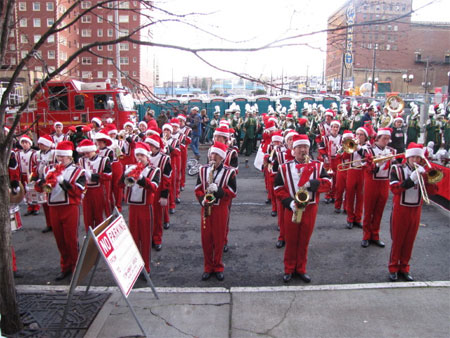 The parade began at 7th & Pine and ended at the downtown Seattle Macy’s. 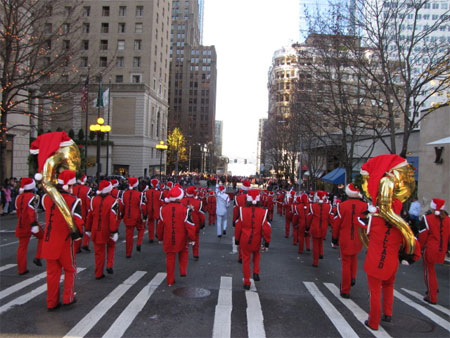 Ballard Beaver fans cheered the band as they marched by. 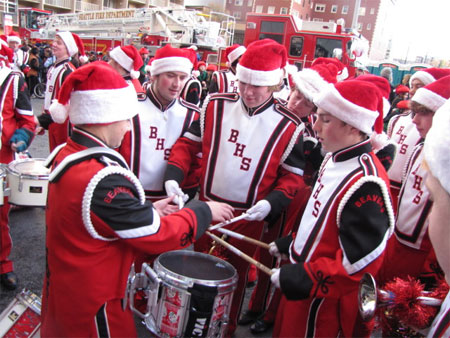 Thanks Marianne for sending us the photos!

I attended the parade with my 4 yr old, and I thought the Ballard Beavers were among the best high school bands that marched. Great job.

Looks like a bunch of kids that will never be with a woman. Go play football.

Why wasn't it on TV this year?

I dont know these kids… and I dont know you. But, your comment just seems out of line, and really uncalled for.

We were racing to find a spot to watch them, but we only got to hear them on the return route. They were great! The entire parade was great!

Speaking as a former member of a marching band, the Beavers get some pretty snazzy uniforms. Ours were left over from WWII.

I too was in the Ballard Band during the early 60's and loved every minute of it. I thought the uniforms were great back then, but even better todsy. Perry Barth left a great legicy in what he built.

Class of 68 looking to re conect with Perry Barth. Any help would be appreciated. Rick Richford