Seattle has seen little rainfall the past few months, which means conditions are ripe for fire. While August temps were down, the rainfall average was just 0.13 inches compared to the normal 0.88 inches, according to BeautifulSeattle.com. Early this morning Engine 18 was called out to a brush fire at NW 65th St and 17th Ave NW. By the time we arrived on the scene a few minutes after the call, the firefighters were packing up and heading back to the station. It’s a good reminder that most of the grass and brush along the side of the road is extremely dry. 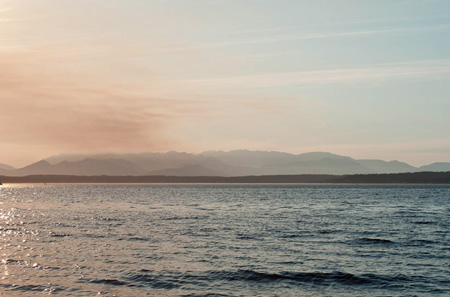 Over on the Olympic peninsula, the 150 acre Duckabush Fire is visible from Ballard. Luke sent this photo from Carkeek Park. We’re told that the smoke from this fire is creating some gorgeous sunsets. According to the Peninsula Daily News, the fire is expected to burn for the next few days. 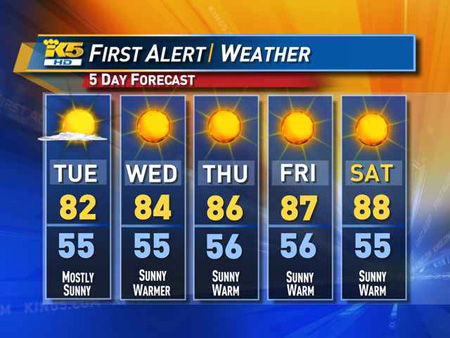 And just when you thought we wouldn’t get a taste of summer, the five-day forecast from King5.com shows nothing but sunny and warm weather – just in time for the start of school.