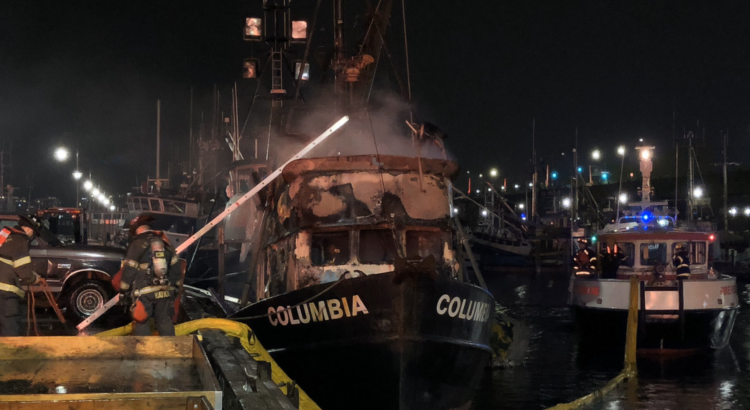 Seattle Fire responded to the blaze late Sunday night just before 11pm, which they say was contained to one boat with no one on board.

The fire was extinguished within the hour, according to Seattle Fire on Twitter. No word yet on what caused the fire.

Where is the obligatory “I bet it was a junky/hobo/vagrant” comment? Someone’s asleep at the switch!

huh. looks like you are the only one to bring it up….

The junky/hobo/vagrant types don’t mess with the fishermen or their boats. These fishermen are not people to mess with. If a squatter tried to move in on one of these boats they would either become a crew member or literally be thrown off. If they are lucky.

Come on… why you bringing up facts with this crowd, they hate pac fish anything related to industry.