It was the clash of the unbeatens in girls basketball last night, but Ballard High obliterated Roosevelt, 50-26.  Jeanette Hansen, a 6-foot-5 foreign exchange student from Denmark (Ballard’s secret weapon), scored 10 points.  “It was really big,” she told the Seattle Times. “A lot of people didn’t think we could beat Roosevelt, but we beat them pretty well.” The Beavers are now 6-0.  “Ballard appears to have enough firepower to be a KingCo frontrunner all season,” predicts the Seattle PI.  As for Roosevelt, their coach had this to say after the game: “We got out-everythinged.” 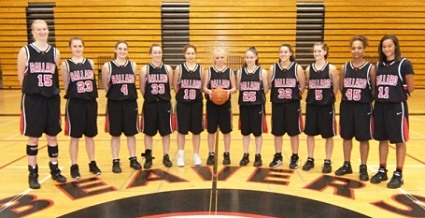