The city’s plans to buy a parcel of land on 9th Ave. near 70th for a new city park has won raves from folks in the neighborhood. And now we know who to give the credit: Alyssa Smith, who lives across the street from the property. She says she heard realtors were shopping the land (which was once a Love Israel commune) and she called the city right away. The sellers “never put a sign out,” Smith told the Seattle PI. “The city went as fast as it could. We’re just excited it’s going to be a park; everyone is pretty happy.” Meanwhile, My Ballard reader Elizabeth says she attended last week’s meeting on the park. “The park is pretty much a done deal,” she writes. “Everyone there was in support. Some folks that live in homes bordering or across the street from the property brought up concerns with traffic, hedges, maintenance, etc… all valid concerns.” The city council is expected to approve the deal on April 14th. 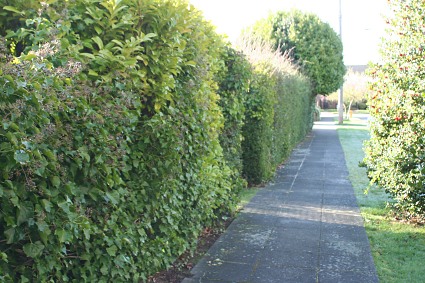 A hedge blocks any view of the property from the street. 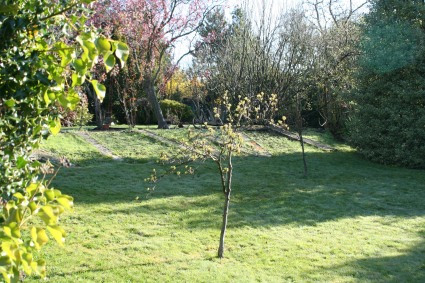 But this is what you see if you poke your head over the gate.