While many Ballardites love their seafood, lutefisk is an acquired taste. 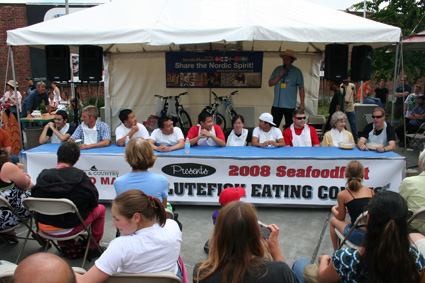 One of the most popular events at this weekend’s SeafoodFest is the lutefisk eating contest. Ten contestants with iron stomachs battled it for $150. 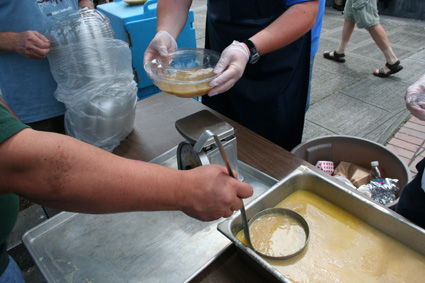 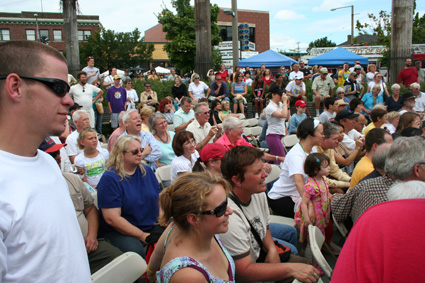 More than a hundred people packed every square inch of Bergen place to watch. 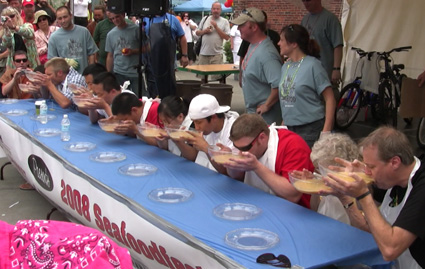 The previous record was just 18 seconds. But amazingly, a man named Einer Johannsen smashed the record by slurping down two pounds in just 7 seconds! 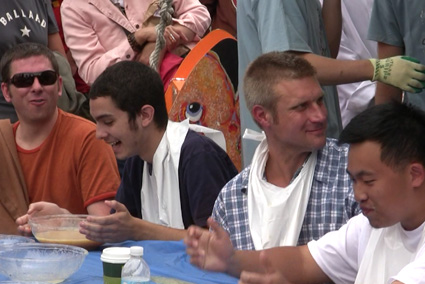 Here’s the winner in the blue-checkered shirt. “I poured it down like a pitcher of Rainier Beer,” Johannsen told me after the contest. “It has a wonderful taste.” He said he grew up eating lutefisk as a kid: a clear advantage. We shot video of the contest below (it happened so fast, we missed the winning gulp.)

“I overheard him talking to a Ballard Market employee, and he just got his captain’s license and works on a fishing boat,” writes My Ballard reader Lakreitz. And did you notice the guy sitting next to him? “He hadn’t even drank but a few sips and he was shaking uncontrollably,” Lakreitz writes. “He was trying so hard to not vomit – fortunately for all in the crowd, he did not lose it.”