Update: Following up on several tips, I grabbed the camera like a Ballard paparazzi and discovered Robin Williams and a film crew shooting along 34th Ave. near 65th Street. In fact, I nearly ran into Williams when I first arrived. 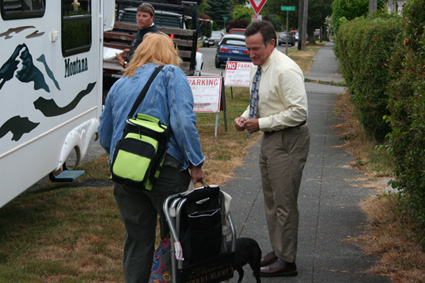 He had just finished up one scene when this dog decided to jump up on him. 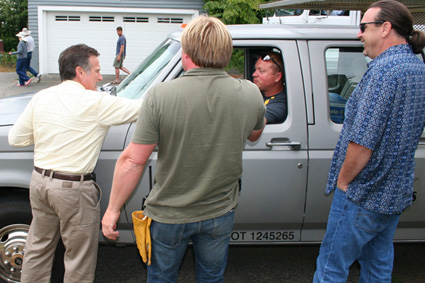 Then he grabbed a french fry from these guys and headed back to his trailer. 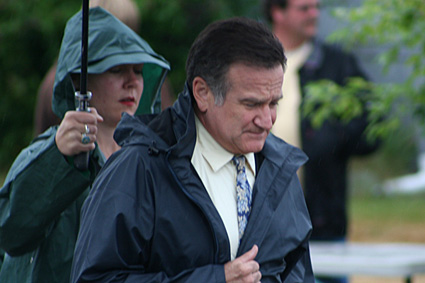 A little later, he emerged with his game face on for the next scene. 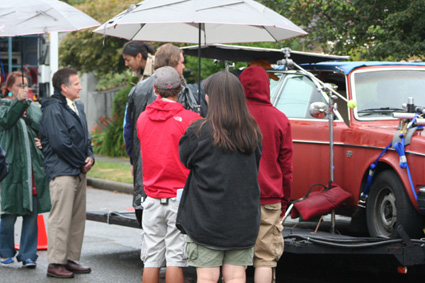 He sat inside this old car on a trailer, rigged with multiple cameras. The weather, appropriately Seattle. That’s about the time the executive producer asked me (nicely) to put away the camera or leave. 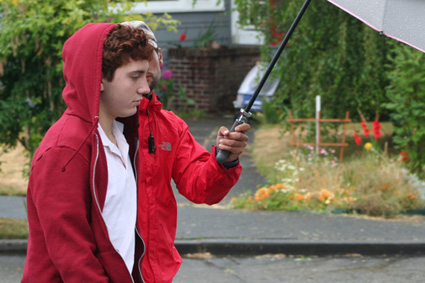 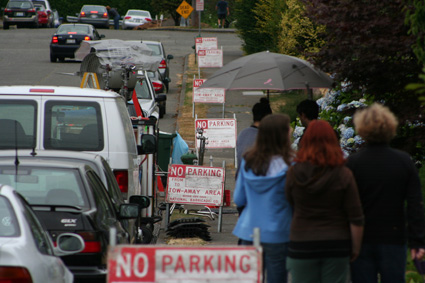 Film crews also shot out front of a house on 64th Street. Trailers lined 34th Ave for two blocks. Neighbors walked by and observed all the action. 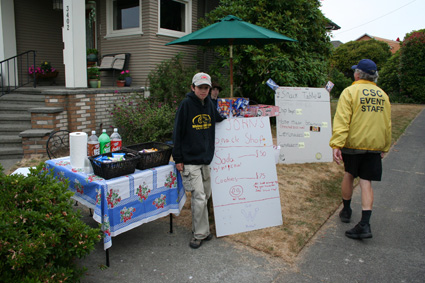 These enterprising neighbor kids were selling snacks and drinks for the crew.

Williams is in his 14th day of a 25 day shoot in Seattle for the upcoming movie, The World’s Greatest Dad. Crews have been in Wallingford until today, when they moved to Sunset Hill for a single day of shooting — the first extended shoot outdoors. We’re told tomorrow they’re headed to Green Lake, and then later to the Alexis Hotel. (All photos copyright My Ballard.)

One thought to “Photos of Robin Williams in Ballard”