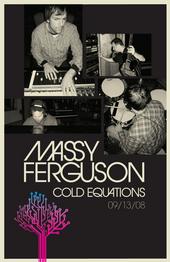 When the Seattle band Massy Ferguson releases their upcoming CD, Cold Equations, it will feature a song called “The Ride” about a friend who jumped from the Aurora Bridge in 2006. “Don’t let it stall on Fremont Falls/just go, finish it out,” the song says, which musician Ethan Anderson said urges people not to give into the bridge. “I guess we’re asking people to press on,” he told the PI. Massy Ferguson will donate all proceeds from the song to Crisis Clinic, a local suicide prevention organization. The Tractor Tavern will host the band’s CD release party on September 13th at 9:30 p.m.