Police officers shut down Seaview Ave. for an hour or so just before midnight after a serious accident near the railroad tracks at 57th Pl. Although unconfirmed, it was called in as a hit-and-run accident, which explains the heavy police presence investigating the crash. 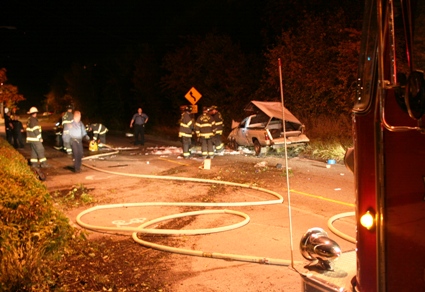 Medics took at least one person to the hospital. Officers sifted through the debris from the smashed pickup truck, which was scattered across the street and the sidewalk. We hope to have more details later in the AM.