The “missing link” of the Burke-Gilman Trail — the stretch between 11 Ave. NW and the Locks — has been a contentious issue for years. It winds through Ballard’s industrial district, underneath the Ballard Bridge and over railroad tracks before it connects up with the Burke Gilman on the other side of the Locks. Some cyclists say it’s dangerous, and they have horror stories to tell. Industrial businesses along the stretch have resisted efforts to build a permanent bike trail there, even warning it would put them out of business. But last September, Mayor Greg Nickels allocated funding to complete the Burke-Gilman in a compromise plan, connecting the missing link in two years. 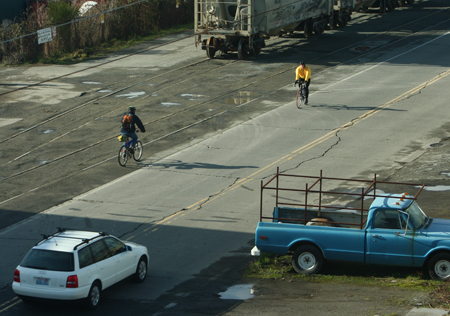 Then in November, a group of businesses including Ballard Oil, Salmon Bay Sand & Gravel as well as the Ballard Chamber of Commerce filed an appeal with the city (.pdf file) in an attempt to put a stop to plans to complete the link. “The project, as it’s currently proposed, will have substantial adverse impacts to this maritime and industrial community and is very likely a trail user will get hurt or killed,” the appeal reads, explaining it would “harm businesses and people employed by those businesses” as well as potentially damage the environment. Then earlier this month, the Cascade Bicycle Club filed a motion to intervene in the appeal to have their voices heard, and the Department of Planning and Development approved their request. “The long-overdue project would solve numerous safety problems,” Cascade said. “Oddly enough, the project was designed as a compromise for the very businesses that are complaining now.” 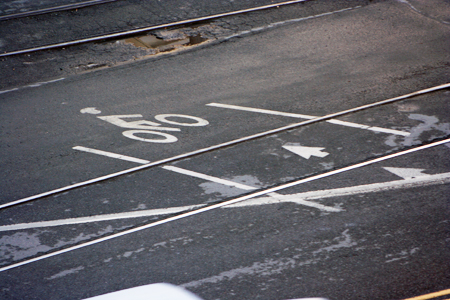 The appeal is scheduled for the Hearing Examiner on March 23rd at 9 a.m., shaping up to be a real showdown over the future of a 1.5 mile stretch of Ballard. We’ll let you know what happens.

Bicyclists are the ones who do not follow the rules of the road, riding up between the curb and the cars, there to follow the same laws as the cars do, as long as there on the street.