In one of the most anticipated Ballard store openings in recent memory, Trader Joe’s opened its doors just before 9 a.m. today to a crowd of eager shoppers. 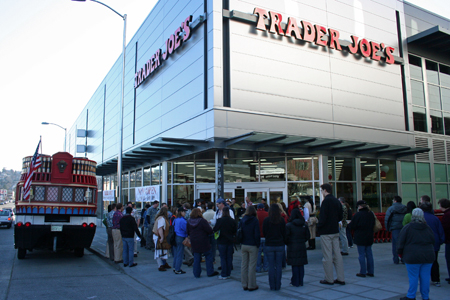 The event at the new Ballard Blocks development on 14th Ave. and Ballard Way began with the loud arrival of the Seafair pirates, siren blaring. 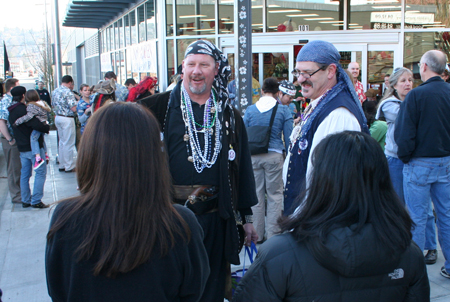 In the spirit of TJ’s island theme, the pirates handed out beads and sang songs while Trader Joe’s employees gave stickers to the kids. “Remember, it’s as much free food as you can grab in five minutes!” joked one of the pirates to the crowd. 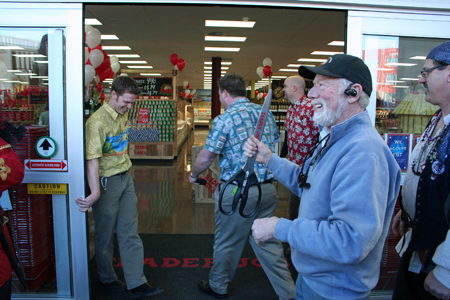 Shortly before 9 a.m., the store manager thanked everyone for their support, the pirates began the countdown and a customer armed with a large pair of scissors cut a long lei strung across the front door. The pirates fired off their cannon (which was unbelievably loud) and the doors flew open. 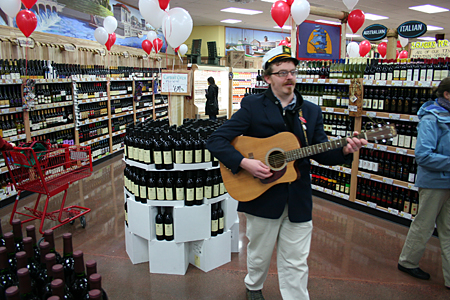 Inside, customers fanned out while entertainment roamed the aisles. 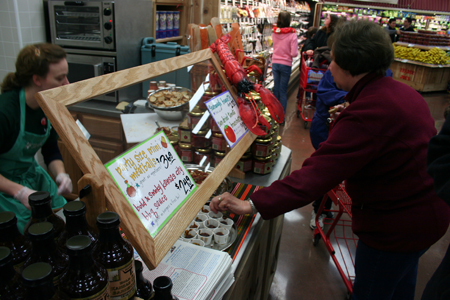 The free samples, as you might imagine, were quite popular. 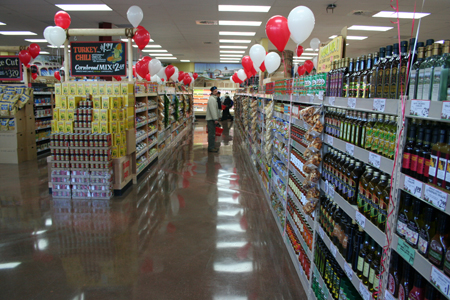 Here’s a video of all the excitement, along with a tour of the new store…

Shop there today? Leave your impressions below…