Update: If you drove by Edith Macefield’s old home just after 9 this morning, you saw a big bundle of balloons soaring above it. 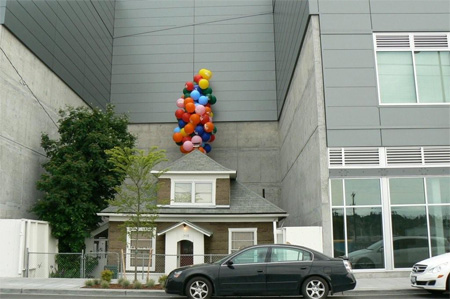 Turns out, it was a publicity stunt for the Disney movie “Up,” which is about an elderly man who flees the encroaching city by soaring away — inside his house — under thousands of helium balloons. 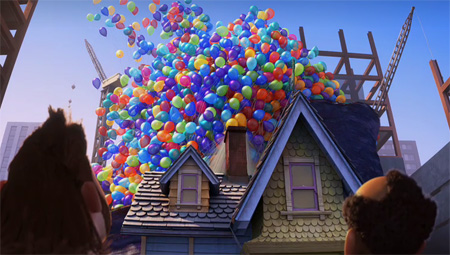 But today’s promotion didn’t last long. The balloons were pulled down a couple hours later after they started popping in the wind, Disney tells us. By the way, the fact that Edith’s story mirrors the movie isn’t a new idea: My Ballard reader Josh made the connection in August of last year, and we posted a blurb about it. (Thanks Jonathan for today’s photo!)