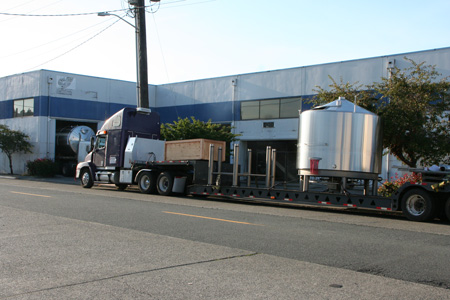 The equipment for the new, larger brewhouse is being off-loaded at the new facility at 1111 NW Ballard Way. 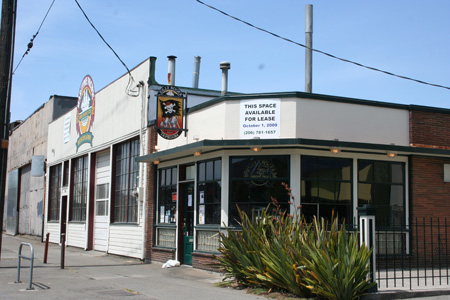 As we wrote last month, Maritime is closing its current location, as well as the Jolly Roger Taproom, and moving into the larger space. At the new location they will be able to brew four batches of 40 barrels of beer each day, compared with the current four batches of 16 barrels. “We can’t make enough of the Imperial Pale. We can’t make enough Seattle Lager. We have a hard time keeping up bottling Imperial IPA,” George Hancock said. The new brewhouse and Jolly Roger Taproom could open as early as October.