This afternoon demolition crews began tearing down Sunset Bowl, a popular Ballard bowling alley and neighborhood hangout that opened in 1957. The new owners, Avalon, plan to build an apartment complex on the land.

After several delays, the heavy equipment moved in and took its first bite out of the building, just before 1 o’clock. 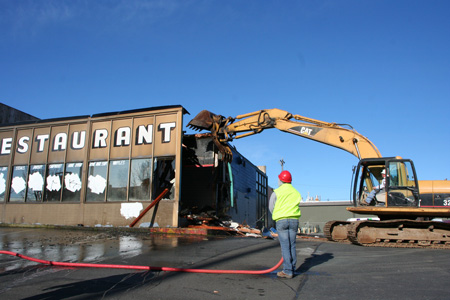 Onlookers gathered outside the chain link fence and watched, some with tears in their eyes, as Sunset Bowl came down. Earlier today, former employees toured the building to say their final goodbyes. 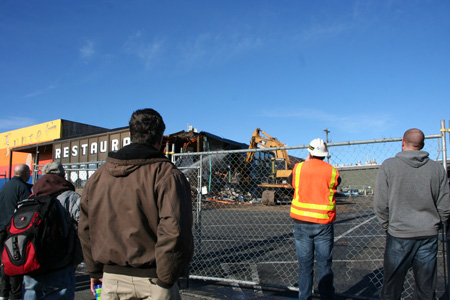 “I’m not doing as well as I thought I would,” one former employee tells us. “This is sad. Really sad.” 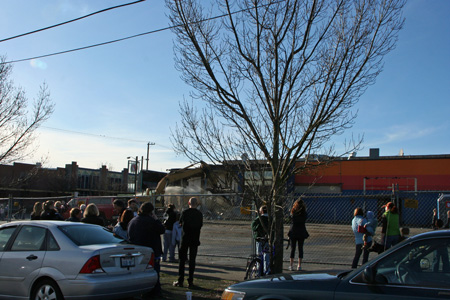 Russ Lloyd Demolition is doing the work. Russ tells us it will take a few days to take the whole building down. After that, the debris will be hauled away. As for the property, Avalon said this morning that it has no immediate plans to move forward with the development. 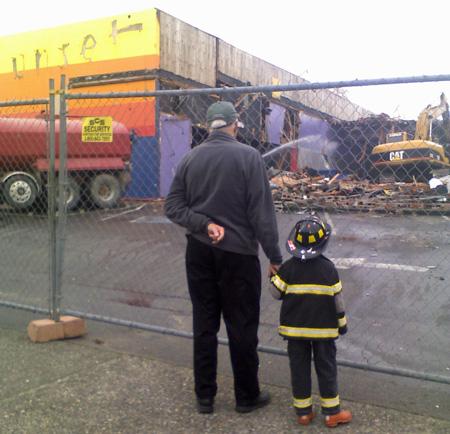 Thank you, Gerry for emailing us this great photo!

Genevieve Alvarez at The Seattle Times produced this video.