The clothes are on the racks at the new Crown Hill Value Village. 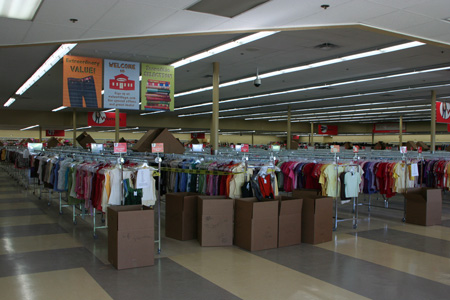 While employees are busy getting the inside ready to open, Ryan “Henry” Ward is at work on the outside of the building. 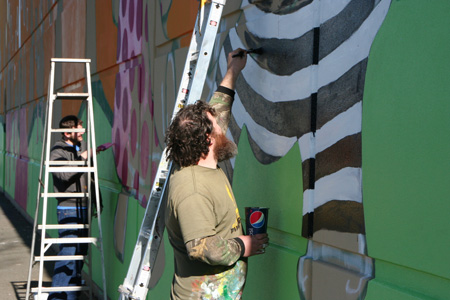 “The Value Village team chose to work with Ryan “Henry” on this mural because he really is a Ballard icon, and the quirky, fun aspect of his paintings matches their own culture and that of the greater community,” Ian Jeffries the Value Village media spokesperson tells us. 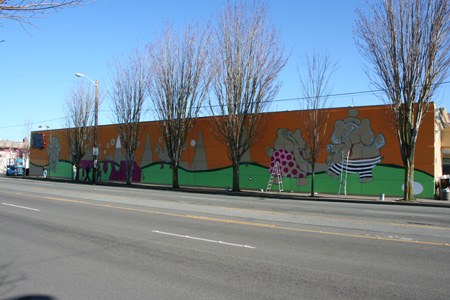 Henry was at work all weekend on this 3,000 square foot wall, his biggest mural in Seattle. “I kinda wanted to just make it like, I guess, fun, portray the idea that shopping second hand is enjoyable so I’m making dancing elephants dressed in funky clothes,” he tells us. Along with this outside mural, he’s also painting in the employee break room. 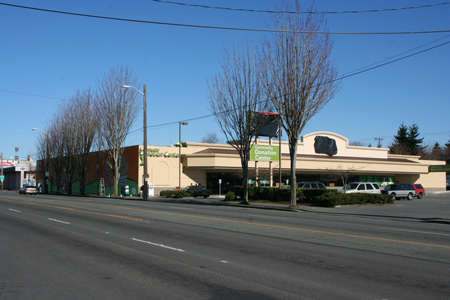 The new Value Village at 8532 15th Ave NW. , which replaces the former QFC, opens on Thursday, March 4th at 9 a.m. Prior to the grand opening, there will be a dedication of Henry’s new mural. The first 500 people in the store will receive an autographed poster from the artist. (Thank you everyone for the emails about the mural!)