Sofia Talvik, a singer and songwriter from Göteborg, Sweden is coming to the Nordic Heritage Museum for a concert this weekend. 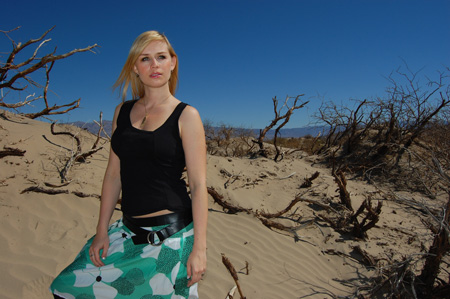 Not knowing much about the musician, we wanted to ask her a few questions:

MyBallard: Tell me a little bit about your music.
Talvik: I think my music is very personal. I try to put the lyrics in focus which often results in a bit of a minimalisttic production. I guess I’d be tagged as a singer/songwriter but leaning towards a folk pop expression. I have a new album out in May and it’s got a bigger sound than my previous work, I’ve worked a lot on giving the songs a depth, and it’s almost like my vocals are resting on top of the instruments. What’s similar in all my albums though is that my voice and acoustic guitar is the core of everything. 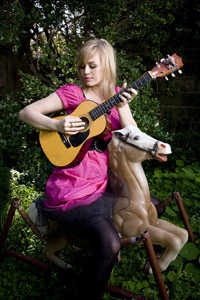 MyBallard: Where do you get your inspiration? Who are your musical influences?
Talvik:I get my inspiration from everyday life. I love movies and often find the score interesting, I also pick up phrases I like from the movies or TV and incorporate them in my lyrics. Musically I have a very diverse taste. Like for this album I was inspired by Kings of Leon, something you probably wouldn’t think of when you listen to it. But I also love great songwriters like Neko Case, Aimee Mann and Nick Drake.

MyBallard: If you could play with any musician, who would it be?
Talvik: I’d love to work with Suzanne Vega somehow. We’re actually playing at the same day and the same venue at South by Southwest this year. I think she’s unique in her expression and songwriting.

MyBallard: Of the songs I listened to, you sing them in English. Do you also perform in Swedish?
Talvik: I only have one song in Swedish. I think I mainly write in English because it’s always felt easier in a way, not as exposed. And Sweden’s such a small country that you can’t really find a sufficient audience. Singing in English is making me be able to have listeners all over the world.

MyBallard: Have you been to Seattle before?
Talvik: I’ve never been to Seattle so I’m really looking forward to it. I don’t really know that much about Seattle so I’ll have to check it out on the internet before I get there. I was talking to my guitarist about just that the other day, and he said grunge, and the Space Needle was what he knew. Me, I just remembered that’s where “Fraiser” is set. :-)

I would love to be that horse.

$25..it's not the showbox. wow i really wanted to go but that's a high price.

She can strum my strings any time.

So appreciate a beautiful woman and you're creepy?

Strange that the heritage museum booked her. You'd think the Tractor would be the right fit.

“also don’t understand why you re often rejected”

Actually, flattering women's beauty is quite a successful tactic but I wouldn't expect you to know that.

lol, I am happily married. Don't you have a rally to go to you feminazi?

ouch! but guffaw out loud funny!

Nothing bugs feminazis more than guys enjoying the sight of a pretty babe.
Except perhaps the nice young lady enjoying the guys enjoying her!!
Jealousy rears its ugly head!
She is very easy on the eyes. I hope she a personality to match.
If she can sing then that's a bonus!

Good work if you can get it!

Amazing that a bunch of guys have to comment ONLY on her looks and nothing else! Did someone ask you all to judge a beauty contest??

“Did someone ask you all to judge a beauty contest??”

What contest, she's beautiful. Nothing wrong with being beautiful is there?

Kind of hard to judge her personality and music from this posting wouldn't you say?

Pretty rubbish song. Me thinks she trades largely on her looks :->

Is there really anything else to judge a woman on? Maybe how well she cooks and if she opens your beer for you before she brings it to you. But that's about all I can think of.

uhm, did you listen to the song?

I was too busy looking at her face……..

IF you are a member or volunteer at the Museum or a member of the Swedish Cultural Center OR if you got to the SCC´s ABBA night Friday the 5th, you can get tix half price!!

WOWWW! Completely a-mazing show at the Nordic Museum last night! Nice venue for a concert – especially with the addition of Odin Brewery. Sofia and her band were fantastic! Can't wait for their new cd, Florida to come out in May! I look forward to them returning to Seattle – hopefully SOON!!

Here are some shots I took at the show …