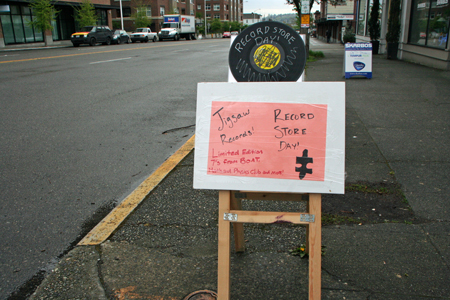 The small shop is tucked away above Resolution Audio (5459 Leary Ave. NW) and has been open just a month. McFarlane opened Jigsaw Records with the goal of bringing unknown music to Ballard. “75 percent of my stuff is under the radar,” he says. His Twitter bio describes the shop as a “tiny record shop that sticks up for the little guys.” 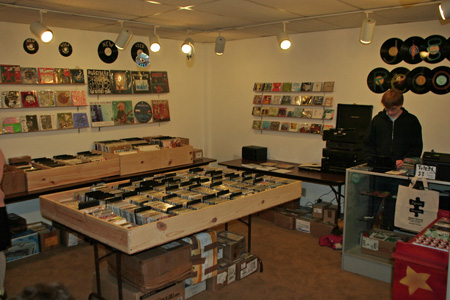 McFarlane tells us that he tries to work directly with the band or label, “It’s more work for me,” he says, “but in the end I think it’s a little more rewarding.” McFarlane also runs the decade-old music site IndiePages.com.