Beware of aggressive crows – My Ballard Skip to main content 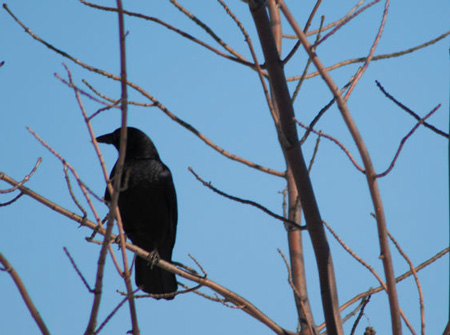 Deepballard writes this warning in the forum:

Was walking south on 32nd, just before 62nd, when a crow dive bombed me from a tree, attacking my head. I thought someone had thrown something at my head until I heard the wings and saw the crow flying back up into the tree. Has this happened to anyone else? I know crows are territorial- so look out at that corner (west side of the street).

The crow scratched Deepballard on the head and drew blood, which the poster cleaned up with hydrogen peroxide. Deepballard asks, “Anyone know if crows carry communicable diseases?”

54 thoughts to “Beware of aggressive crows”