The fence around the former Sunset Bowl property at 14th and Market has become the canvas for two Ballard artists. 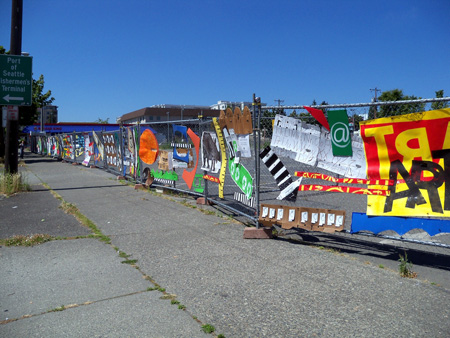 Anne Baumgartner and Pam Gray started planning the “On the Fence” display this past spring after getting the thumbs up from Avalon Bay, the property owner. “They [Avalon Bay] loved the idea and thought it would be a terrific way to give back some energy to the community,” Baumgartner tells us. 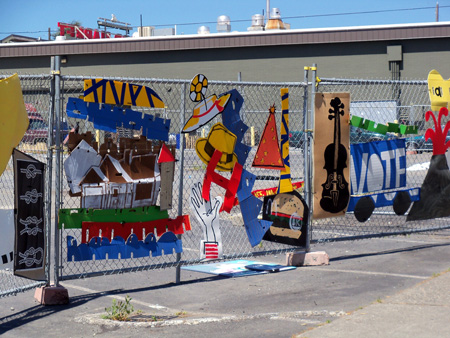 Each of the 12-foot sections represents a letter of the alphabet, Baumgartner says, and each is made up of recycled materials. “The image sources are Ballard-based when possible, as well as random and obscure things that start with the letter,” Baumgartner says, “The idea was to make it accessible for all ages and types of people and be viewable/readable from the car or bus passing by. Children and families have a good time figuring out the connections.” 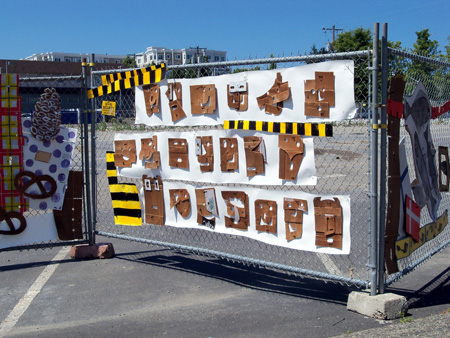 The art will be up until the middle of September when Baumgartner and Gray will organize a take-down party. “There has been some random violence and graffiti on weekend nights, and too much of that might force us to end it sooner,” Baumgartner tells us. (Thanks Armand for the photos!)