A judge has denied an appeal that was filed against the proposed Nyer Urness House, a facility to house chronically homeless at 1753 NW 56th St. 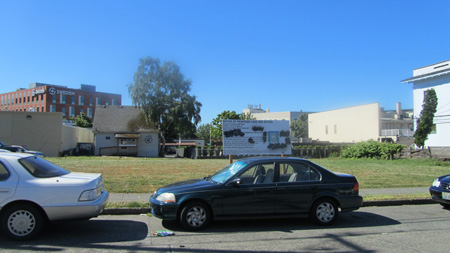 The lawsuit was filed in King County Superior Court and would have halted the issuance of a permit required for construction. Judge Michael Heavey ruled yesterday that “the petitions and lawsuits filed by the opponents were without merit and dismissed all of their claims,” writes Rick Friedhoff, executive director of Compass Housing Alliance, the organization looking to build the Nyer Urness house.

Friedhoff goes on to write:

Judge Heavey ruled that the City of Seattle’s Department of Planning and Development (DPD) had acted correctly in issuing its interpretations and determinations; that the Hearing Examiner who had heard the testimony of the 4 opponents and Compass Housing Development Team and reviewed the Compass Housing Master Use Permit process had from a factual and legal basis correctly decided the issues presented.

The opponents can appeal the decision on or before August 6th. Judge Heavey’s ruling is here (.pdf)