The annual lutefisk-eating contest at this weekend’s Ballard SeafoodFest came down to the wire. The finalists: Sam Sacharoff, who devoured 3 1/4 pounds of lutefisk last year, beating his dad to take the 2010 crown. And Victor “The Devastator” Dew from Pousblo, a skinny guy with a penchant for spicy foods who told the crowd he just won a pizza-eating contest on the Fourth of July.

Watch the video above for the last-second drama. 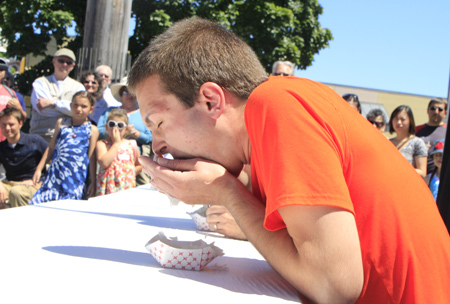 Victor narrowly beat Sam in the final moments, lapping up the last little pieces of the smelly Scandinavian lye fish off his hands and the table. “I couldn’t keep up with the pizza man,” Sam said after it was over. “He was crazy.” Sam’s father, Ira, came in third place this year. 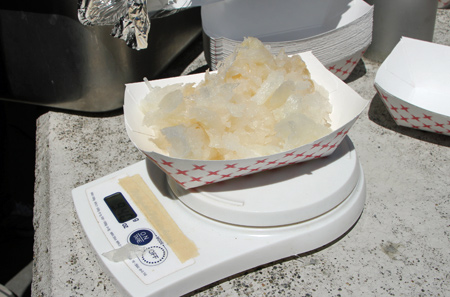 We caught up with Victor as he tried to find a napkin (organizers never have any.) “I worked out all last night, I stretched out my stomach, but I’ve never had lutefisk before,” he said, wiping fish chunks away. “It wasn’t that hard. I’ve eaten some of the hottest things in the world like something you see on Man vs. Food.” However, we did catch him complaining about the slimy, sticky consistency. 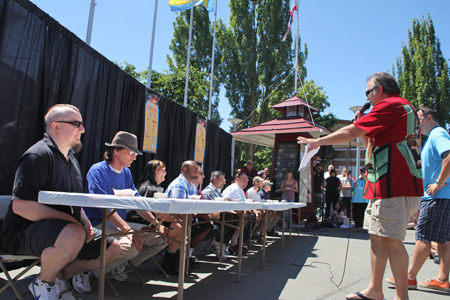 Tim Hunter kept the lutefisk jokes flowing during the competition, which lasted four rounds for a total of just over two pounds of fish. Scandinavian Specialties and the Ballard Landmark helped prepare the delightful dish. 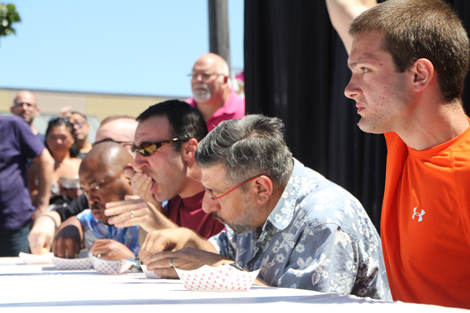 Victor took home a $250 prize, Sam won $150 and his dad Ira took home $50 for third place. Sam told us he’s planning to return next year. As for “The Devastator,” we’ll just have to wait and see.