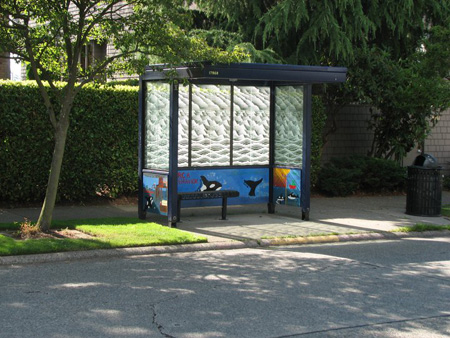 A “Totally biased Salmon Bay parent” emailed us to say that her son’s third grade class studied orcas this past year and what they learned is now artwork for the bus shelter at NW 85th Street and 32nd Ave NW.

“They were able to take all the stuff they learned and put it to good use, as well as their skills at working together collaboratively when they got to create panels for this bus stop!” the parent writes. “There are panels about habitat, how we can help, how orcas hunt, orca body parts, orca behavior… I think it looks awesome.”

Linda Theilke with Metro Transit says the mural painted by the students was installed earlier this month.