It was just about one year ago (on August 9th to be precise) that Renee Erikson opened The Walrus and the Carpenter (4743 Ballard Ave NW). In that time, the small oyster bar has become one of Seattle’s most talked about restaurants. 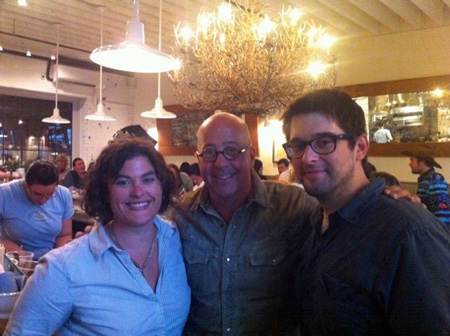 The most recent recognition comes from Bon Appetit Magazine, putting the 40-seat oyster bar at third on the list for Best New Restaurants in America. Andrew Knowlton ate his way across America and writes:

“First I ordered a dozen, then six more, and six more after that. The quarter-size Olympia, “Samish Sweets,” and Malaspina varieties were that good, especially when chased with a bright Muscadet. (Luckily, the order comes with a piece of paper so you can keep track of what you’re slurping.) But that’s only the tip of the menu, followed by smallish dishes composed mainly of things plucked from local waters.

As for getting a seat at The Walrus and the Carpenter, go early and expect to wait – they don’t take reservations. (Thanks everyone for the tip!)