The Ballard Avenue boutique, Dolce Vita, is closing at the end of the month. 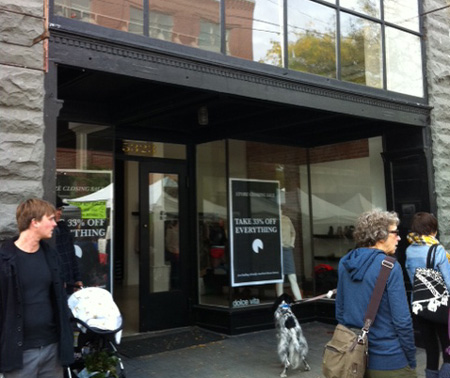 According to SeattleMet.com, the owners of Dolce Vita have “decided the shut those doors and concentrate their retail efforts in New York.” The company is based in Seattle and will continue to sell their brand online and at Nordstrom, Seattle Met is reporting. Everything is 33-percent off until the store closes at the end of the month.

Dolce Vita opened it’s fourth store in at 5323 Ballard Ave NW May 2008. The company is closing its non-New York retail shops which include Ballard, Los Angeles and Santa Monica. They will have two shops open in Manhattan by the end of the year, according to Seattle Met.