The Ballard Beavers football team couldn’t hold on against the crosstown rival, the Roosevelt Roughriders, during the annual “Anchor Bowl.” 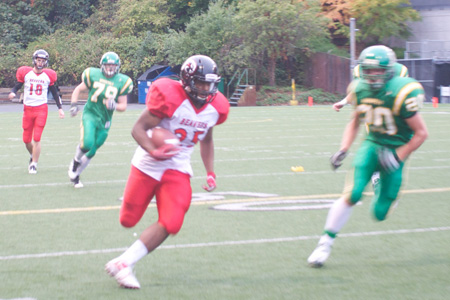 The game was tied after the first quarter and the Beavers were down by one at half. The Beavers scored six in the third quarter after a fumbled point after touchdown (PAT). The Riders answered in the fourth with two touchdowns, a missed PAT and a two-point-conversion. The final score 28-19. 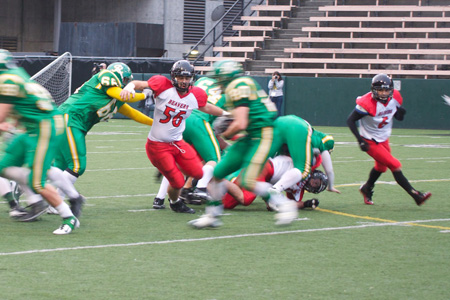 A couple offensive highlights include Junior Nate Rauda with four catches for 160 yards and three touchdowns as well as Junior Carl Pearson having two catches for 37 yards. On the defensive side, two players, Matt Kelly and Eric Brake, each had ten total tackles. Blake Sechler had 15 total tackles and one interception.