Updated: Two men who are believed to have robbed the Key Bank on Holman Road in August, as well as four other banks since July, are under arrest. 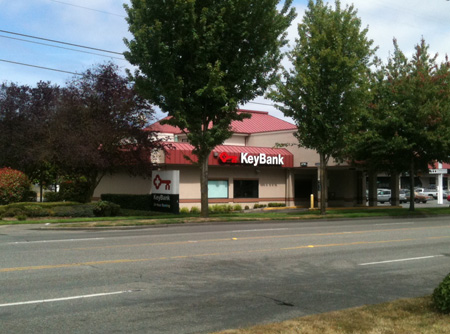 The men are accused of violent armed takeover-style bank robberies since July 5th, according to police. “The suspects were armed with a shotgun and handgun and wore ‘presidents’ Halloween masks to disguise themselves. They terrorized bank employees and customers, placing them on the ground and threatening to shoot them,” the police blotter states.

Police say that along with the Ballard robbery, one happened in West Seattle last week, as well as three in the Shoreline area. The 64 year-old and 65 year-old suspects, who are both convicted felons, were arrested yesterday in the Lynnwood/Mukilteo area by the Safe Streets Task Force and booked into the King County Jail for Investigation of Robbery.