It was nearly 100 years ago that Norwegian Roald Amundsen and his crew were the first people to make it to the South Pole. This week, the Nordic Heritage Museum (3014 NW 67th St) opens an exhibit focused on him, his travels and his time in Seattle. 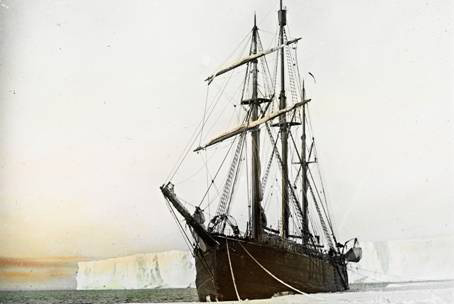 “Cold Recall: Reflections of a Polar Explorer” opens this Friday, December 9, 2011 and runs through February 5, 2012.

On December 14, 1911, Norwegian Roald Amundsen and the crew of the Fram were the first explorers to reach the South Pole. Cold Recall: Reflections of a Polar Explorer, showcases images from the hand-colored lantern slides that Roald Amundsen used in public lectures about his expedition to the South Pole. The exhibition also includes original film footage of the expedition which fascinated audiences of the day: images of daily life aboard the Fram, humorous scenes of the expedition’s dogs, and the unusual landscape and exotic animals–such as penguins–encountered by crew. Texts from Amundsen’s own manuscripts from these lectures offer a compelling first-person account of this exciting journey. After the expedition to the South Pole, Amundsen held more than 175 lectures in Great Britain and the US, in order to settle his accounts and fund further expeditions.

There will be a special program on December 14, 2011 to commemorate the 100th Anniversary of his expedition to the South Pole. The reception will be from 6 to 8 p.m. with a lecture at 7 p.m. by Erik Sundholm: Amundsen’s Quest for the South Pole (and how it brought him to Seattle).