Hjarta II gets approval from city, with conditions – My Ballard Skip to main content

The second phase of the Hjarta project is one step closer to breaking ground. The Department of Planning and Development released its decision for the seven-story building today. 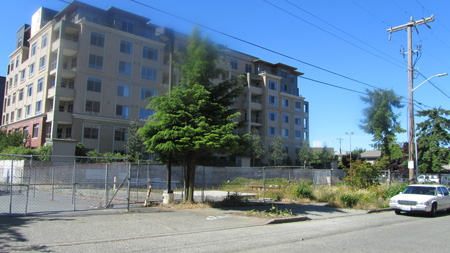 According to Bryan Stevens with the Department of Planning and Development, the project will receive its Master Use Permit once the period to appeal is over and developers address a few design details. Stevens tells us that that the public can file an appeal on this decision (.pdf) until December 26th. The conditions are at the end of the document He says that the city will publish its decision if there are a few minor details to figure out that won’t affect the overall project. 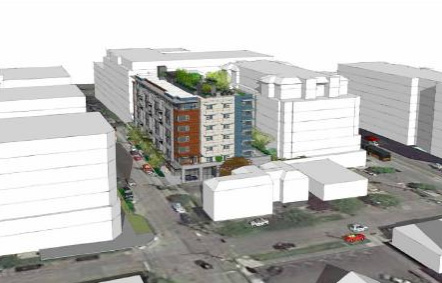 The lot is just behind the current Hjarta building and adjacent to the recently-started Market Street Landing project at 15th and Market. Once completed, the seven-story residential building will have 102 units and four live/work units. There will be a parking garage for 86 vehicles.